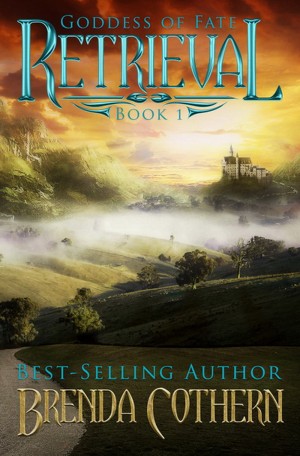 Brenda is unlike most authors since she only began writing 2010. She never wrote fan-fic but has been an avid D&D player for over 35 years. Painting pictures and telling stories for gamers to see in their imaginations came naturally and now she does the same in her novels.

Brenda travels the country appearing at leather events and conventions. She frequently is asked to speak on panels about writing and BDSM/kink related topics or teach classes on Negotiation, Flogging, or Rope Bondage. When Brenda is not writing; she lives and breathes in the Tampa Bay gay leather community. She was a member of the Tampa Leather Club for 5 years before they disbanded and the only associate member to receive an award (2011) for her dedication toward making the club events all they can be. In 2014, Brenda also received the award for Ms. Community Service 2015 from the Florida Puppy Contest organizers. In 2015, Brenda was again honored for her service to the community when she was pinned ‘Mama’s Tampa Wench’ by Sandy ‘Mama’ Reinhardt who has been an activist for over forty years. Less than 2000 leather community members worldwide have received this honor. Brenda was also member of the Sisters of Perpetual Indulgence for 5 years. In Nov., she became (the first) Ms. Florida Leather n' Fetish Pride (2016) and in Jan. 2017, she purchased the weekend event that is held in Florida annually.

Brenda resides in Tampa with her husband of 20+ years, 5 cats, a rabbit named Alice, and a turtle named Tammy (the rabbit & turtle aren't hers). She is the mother of three beautiful daughters and a grandmother of two gorgeous granddaughters, a grandson, and another grandchild on the way!

Brenda loves to hear from her fans so don’t hesitate to contact her online!

For signed digital autograph, please send her a request through Authorgraph! A personalized autographed PDF for the book will be signed and sent to you!

About the Series: Goddess of Fate

The Goddess of Fate series is a high fantasy that follows one woman's journey to fight her destiny.

Also in Series: Goddess of Fate

Reviews of Retrieval (Goddess of Fate 1) by Brenda Cothern

You have subscribed to alerts for Brenda Cothern.

You have been added to Brenda Cothern's favorite list.

You can also sign-up to receive email notifications whenever Brenda Cothern releases a new book.