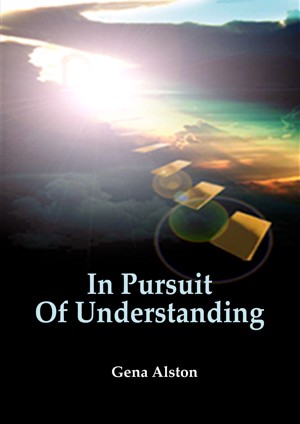 In Pursuit Of Understanding - Life Healing

By Gena Alston
In Pursuit of Understanding is a true story of Gena Alston and how all the different events and escapades in her life have brought her to where she is today; a teacher, clairvoyant, healer and author. This book would appeal to those who want to change their lives and then become an inspiration to others.
Available ebook formats: epub mobi pdf rtf lrf pdb txt html
First 1% Sample: epub mobi (Kindle) lrf more Online Reader
pdb
Price: $5.00 USD
Buy Add to Library Give as a Gift
How gifting works
Create Widget
Tags: mystical wellness healing health free free will alternative health holistic natural women writers health wellbeing mystical path health wellness mystical philosophy womens alternative medicine desktop ebook
About Gena Alston

Gena was born and educated in England and spent a great deal of her early life in the theatrical world, having attended a Stage School in London. A serious accident took her out of dancing, but she then found her way into ice-skating, which enabled her to travel the world at a very early and impressionable age. This is why she states, “she was born in England, influenced by her travels around the world.

Gena trained in the healing arts and has been affiliated with many different Healing Establishments The National Federation of Spiritual Healing, the National Federation of Healing and The White Eagle Lodge. Gena trained as a Massage Therapist, Aromatherapist, Shiatsu Teacher, and Reiki Master. All these qualifications were put to use during her life in England. Now at her new home in Brisbane, Australia she is involved in the metaphysical life, being a working Clairvoyant, Teacher of Awareness.

Reviews of In Pursuit Of Understanding - Life Healing by Gena Alston

You have subscribed to alerts for Gena Alston.

You have been added to Gena Alston's favorite list.

You can also sign-up to receive email notifications whenever Gena Alston releases a new book.