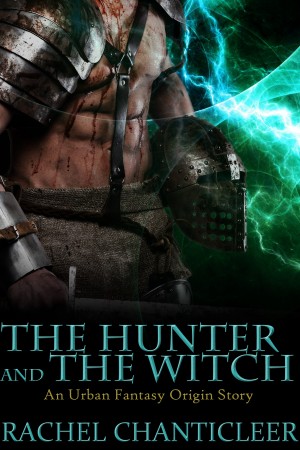 The Hunter and the Witch

Rated 4.60/5 based on 5 reviews
The Hunter and the Witch is a short Urban Fantasy origin story, featuring Lucius Sempronius Asper, a gladiator bound for centuries by a cruel master, and Bethany Hayes, the witch who captivated him. More
~A Crescent City Arcana short story.~

A lethal stranger hunted Bethany Hayes down and nearly killed her. But without uttering a single word, he spared her life and vanished, turning her world upside down. Left with newfound abilities and visions of her attacker, Beth tried to make the most of this second chance.

Lucius Sempronius Asper learned to kill in the amphitheaters of ancient Rome. Enslaved and bound by the dark magic of a powerful witch, he spent centuries eradicating innocent witches at her command. Though made immortal by her enchantment, he was as good as dead inside.

All Lucius knew, what he thought he’d become, changed with Bethany. His one impulsive act of salvation linked them in ways they never could have imagined.

Will Beth be strong enough to free him, or will the hunter become the hunted?

Rachel Chanticleer is a writer who sees beauty in darkness, and can find a love story where you'd least expect it. Her stories often feature worlds where the paranormal hides just out of view—until it's time to turn the lives of her characters upside down.

About the Series: Crescent City Arcana

The Crescent City Arcana series follows Bethany Hayes and Lucius Sempronius Asper as they encounter magic, mystery, and mayhem in the Big Easy.

Reviews of The Hunter and the Witch by Rachel Chanticleer

Damn, this story was so good! I loved Lucius so much and certainly felt for him. I wish I saw more from his point of view, but what I saw I enjoyed. He's a good guy put in a tough place by his owner, but he still finds ways to help. He refuses to be cruel when killing and he protected Beth for four years.

Beth is a really developed character as well, with a full backstory. And the chemistry between her and Lucius is strong. Too bad they didn't have a real love story here.

Thanks to the rushed ending, we barely see Lucius and Beth together. And the ending is totally inconsistent with the rest of the story.

For most of the story, Beth is a very inexperienced witch. She holds a lot of power but she can't wield it at will. Then, all of a sudden, she's able to take down an immortal witch who's supposed to be the most powerful in the world? Even years of intense training with an experienced teacher might not be enough to accomplish that. And yet she's able to do it after a short and anti-climactic fight without any real training at all.

What also doesn't make sense is Beth's attitudes towards Lucius. First time they meet, I understand. He was trying to kill her after all. But then she dreams about him for years, knowing they're more than dreams and she sees the conflicting emotions inside of him and acknowledges that he doesn't want to hurt her. But the next time he sees her, she attacks him without letting him get a full sentence out. And after Helena shows u and admits that Lucius was trying to help her, Beth is still mad at him. Why? And what really interested me what the two of them together, but we don't really see that. The rushed and anticlimactic ending knocked a couple of stars off of what could have been a 5-star book.

Short and enjoyable read. It left me hanging in the end though, because I wanted more. I wanted to explore Bethany’s magic and prowess and Lucios’ killer skills. I hope there’s more to their adventure and relationship.

In ancient Rome, a witch (Helena) saves a gladiator(Lucius Sempronius Asper) from death, but she wants something in return.

Lucius works for Helena for centuries, helping her hunt down other witches so that she can stay young and powerful. He hates his life with Helena, but it’s not until 2015, during a New Orleans Mardi Gras, that Lucius is truly tested.

Bethany Hayes is an unschooled witch, but her powers are growing stronger. Will she be able to fight off the hunter sent after her? Will Lucius, the hunter, be able to bring her to Helena, or will his feelings for Bethany get in the way?

I loved this story, start to finish. There are some truly lovely moments between Bethany and her Aunt Mae, as Bethany tries to come to terms with her powers. I hope that the writer brings us more action from these characters in the future.

This is a short read that packs a whollop. This introduction into Rachel Chanticleer’s new world will leave you begging for more. You are once novice witch away from meeting Lucius. Get ready to become a Chanticleer fan–The Hunter and the Witch will give you the need to read everything she publishes.

It's amazing what some writers can put into a short story. I'm in serious awe of Rachel Chanticleer's talent. With a few words she painted a clear picture of Bethany, the witch, and Lucius, the hunter. And Lucius was so yummy!
I adored the battle scene near the end, and was on the edge of my seat throughout it. If I hadn't been at work, hiding my reading addition, I would've cheered and groaned. *laughs*
A great introduction into what could be a fasinating UF world.

You have subscribed to alerts for Rachel Chanticleer.

You have been added to Rachel Chanticleer's favorite list.

You can also sign-up to receive email notifications whenever Rachel Chanticleer releases a new book.