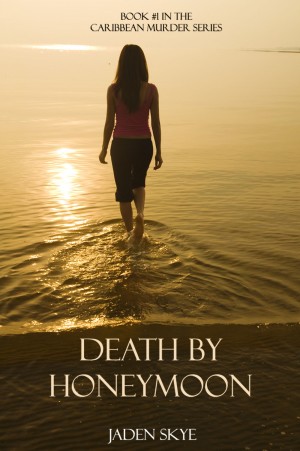 Death by Honeymoon (Book #1 in the Caribbean Murder Series)

By Jaden Skye
Rated 3.00/5 based on 1 review
On her dream honeymoon in Barbados, Cindy’s husband is drowned in what is declared a freak accident. But Cindy, left all alone, is not convinced. She is determined to discover if he was murdered, and how. Cindy must face her in-laws, and deal with all of these women’s backbiting, gossiping and unspoken accusations, while she struggles to find the truth—and save herself from the killer. More
On the rugged, wild, eastern shore of Barbados, Cindy and Clint are enjoying their dream honeymoon, when paradise quickly turns into hell. Cindy finds her newly beloved taken away from her, drowned in a freak accident in the ocean. The local police are quick to declare it an accident, to insist that he was caught in a sudden riptide. But Cindy, left all alone, is not convinced.

Cindy must return to her and Clint’s now-empty home in New York and face her in-laws, who never wanted Clint to marry her, and who did everything to make her engagement and wedding hell. She must deal with all of these women’s backbiting, gossiping and unspoken accusations, while she tries to get a handle on her own grief and to get clear on what really happened to Clint.

Cindy is mailed an anonymous photo of a woman she had never met, addressed to Clint. As she tries to unravel the mysterious package, as she begins to dig deeper into Clint’s emails and files, she realizes how many secrets Clint had been hiding from his past. She realizes that she didn’t really know the man she loved. And she also realizes that Clint was murdered.

She digs deeper, into the depths of Clint’s massive corporation, DGB oil, and as she starts to unearth information she shouldn’t, she goes too far. Soon her own life is in peril. On the run, she realizes that the only way to get answers, and to save her own life, is to return to where it all began: Barbados. As she heads into the dark underside of the island, into the heart of the local villages, she is shocked to discover what really happened to her husband on their honeymoon.

Jaden Skye has always been fascinated with mystery, wrongful death, lies, deception and the power of the truth to prevail. Her romantic suspense/mystery novels feature strong female protagonists who must overcome insurmountable obstacles, and through them, she seeks to get to the very heart of the nature of justice and love.

Please visit www.jadenskye.com. Jaden loves to hear from you, so don't be shy and check back often! 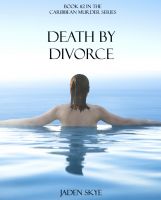 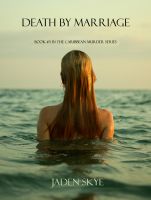 Death by Honeymoon by Jaden Skye packs a punch. This novel is short in length but contains good writing, a great story line, and interesting characters. The premise is that Cindy's husband Clint dies under tragic yet mysterious circumstances during their honeymoon on Barbados. Cindy is bereft over Clint's death and eventually comes to believe that his accidental death was anything but accidental. Of course no one believes her, including her sister Ann. Until Ann drives Cindy's car to run errands and finds that the brakes don't work. If things aren't bad enough Cindy has to contend with in-laws that are blaming her for husband's death.

Cindy isn't willing to back down from her theories and launches her own investigation into Clint's death and returns to Barbados. Was Clint's murder related to his job? What could possibly have been so important to kill for? Will Cindy find the answers before she becomes the next victim? Cindy may have spent the first three weeks after Clint's death moping and grieving but she makes up for lost time. Death by Honeymoon makes a perfect weekend read for anyone interested in a quick-read suspense story.

You have subscribed to alerts for Jaden Skye.

You have been added to Jaden Skye's favorite list.

You can also sign-up to receive email notifications whenever Jaden Skye releases a new book.