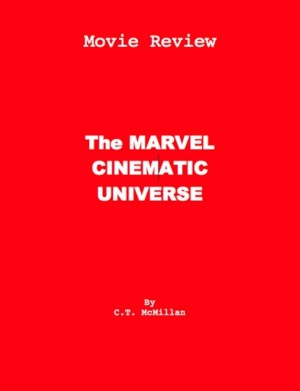 By C.T. McMillan
Writer and self proclaimed film critic C.T. McMillan reviews and analyzes each movie and television series of the Marvel Cinematic Universe in preparation for the release of "Avengers: Age of Ultron". More
In preparation for the coming release of "Avengers: Age of Ultron", writer and self-proclaimed film critic C.T. McMillan takes a look at the films and television series of the Marvel Cinematic Universe that came before. Using his knowledge of comics and movies, C.T. breaks down the good and the bad, examining what made the grand experiment possible. That does his analysis reveal about the venerable series of superhero entertainment?
Download: epub mobi (Kindle) pdf more Online Reader
rtf lrf pdb txt
Price: Free! USD
Add to Library
Create Widget
Tags: thor super heroes captain america iron man film analysis avengers age of ultron film critique marvel cinematic universe
About C.T. McMillan

Growing up in Florida and attending military school, C.T. learned a great deal about history, and became fascinated by the world’s conflicts. It was not the violence that drew him, but the majesty of antiquity, the scale to which soldiers fought on scarred landscapes with ornate arms and armor. From Polish Hussars to the Vikings, C.T. drew upon a number of elements from a variety of cultures to incorporate into his burgeoning writing career. To hone his skills and learn the art of storytelling, he enrolled at Full Sail University where he graduated with a B.F.A. in Creative Writing for Entertainment on June of 2015. From there he started a film review blog, using his limited knowledge of movies to critique new releases. Recently he started reviewing Punisher comics, his favorite superhero, and writing editorials on a variety of topics. Sometimes he delves into script writing just for the fun of it. He published his first book, Back to Valhalla, on Amazon Kindle and worked as a formatter at Big Bend Productions.

You have subscribed to alerts for C.T. McMillan.

You have been added to C.T. McMillan's favorite list.

You can also sign-up to receive email notifications whenever C.T. McMillan releases a new book.