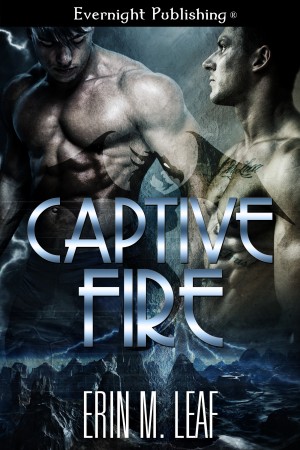 Drakon isn’t really a slave—he’s a black dragon, considered cursed by everyone. Despite his people’s distrust, he will do anything to keep them safe, even submit to an Arethuza prince. He never expected to find love, and that complication could ruin his plans to sabotage the emperor’s war campaign. Though Ryuu is his fated mate, their fledgling bond is a secret too dangerous for Drakon to reveal.

Short but nice and absorbing tale.

You have subscribed to alerts for Erin M. Leaf.

You have been added to Erin M. Leaf's favorite list.

You can also sign-up to receive email notifications whenever Erin M. Leaf releases a new book.