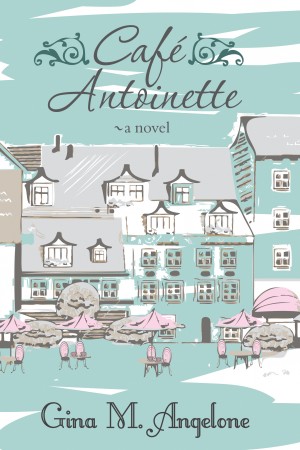 Born and raised in Philadelphia, PA, Gina quickly became a global citizen at age seventeen and has lived, worked and traveled all over the world since then. Gina has spent these past decades making film and TV in Europe, South America, South East Asia and the US.

Gina’s television work has received a Cable Ace award and Emmy nomination. Credits include founding Producer of Bravo’s “Inside the Actors Studio,” creator of a pilot series for Comedy Central (“Music Shorts”) and Writer-Producer-Director of “Connections” (PBS). Her documentary on the Holocaust, “René & I,” (NBC) won two Audience Awards, a Human Rights Award and continues in worldwide distribution. Her film on the Arab-Israeli conflict, “It’s Better to Jump,” won seven top prizes in international film festivals as well as the 2014 MPAC Media Trailblazer Award for social justice. (Theatrical release 2013, broadcast on Al Jazeera in 2015, and in continued distribution with Cinema Libre Studios.)

Gina wrote and directed her most recent series, “Defining Beauty,” (Spring 2016) for Disney/MAKER Studios (Go90 network). Between 2001- 2016, Gina directed six 90-minute biographies on master landscape architects for The Cultural Landscape Foundation in Washington, DC. She is currently working on her own film about master designer, Laurie Olin, with grants from the NEA and Philadelphia Foundation.

In past work, Gina created the permanent centerpiece film for the Hall of Planet Earth at the American Museum of Natural History, interactive videos for Universal Studios/Disney World, and a traveling exhibit film on Indonesia for the Smithsonian Institute. In theater, Gina was Associate Producer of “Raffi on Broadway” at the Gershwin Theatre, made for the Disney Channel and MCA Home Video while working with music legend, Phil Ramone.

Gina has scripted for web, TV, film and has made scores of film, video and media projects for commercial and corporate clients as well as entertainment venues.

Gina is a published and award-winning author of fiction, speaks four languages, and is currently living in the Los Angeles area.

You have subscribed to alerts for Gina Angelone.

You have been added to Gina Angelone's favorite list.

You can also sign-up to receive email notifications whenever Gina Angelone releases a new book.