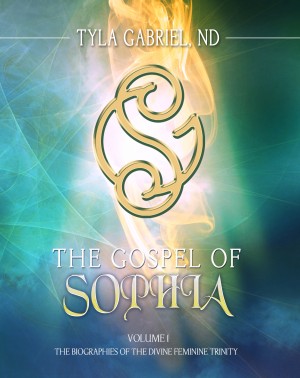 The Gospel of Sophia: The Biographies of the Divine Feminine Trinity

By Tyla Gabriel
The Gospel of Sophia is the testament of an aspirant of Sophia who has been given self-initiation with the assistance of the Divine Feminine Trinity as guide and teacher. From the first revelation of Sophia to the vision of the Etheric Christ, the author reveals the luminous path of modern initiation and unveils the hidden nature of the Great Goddess. More
KNOW HER. For the first time in print the secrets of the Mystery Schools and highest yoga tantra concerning the primacy of the Divine Feminine Trinity are revealed through self-evident scholarship and inspiring, panoramic views of the three Goddesses. The biographies of a Mother Goddess, who created the world and is found in every creation story, the Daughter Goddess, who descended like Christ from heaven to redeem fallen matter, and The Holy Sophia, who travels along with humanity as it evolves, is told in detail with accompanying documentation that is historic and deeply stirring. The three biographies of the Mother, Daughter and The Holy Sophia conclusively answer all cosmological, philosophical and theological questions about the divine that have engaged the hearts and minds of thinkers since the beginning of time. The Gospel of Sophia gives the reader an opportunity to see the divine pictured in ways that have never been offered in one book. Volume I is a source text that points directly to the reader’s ability to experience the divine through the thinking, feeling, and willing aspects of the reader’s consciousness.
The Gospel of Sophia is a Living Imagination of our time. Simple symbols and parables will bring the reader to experience Sophia in ways that have only been dreamed about before or described as inspirations that were not connected to a stream of wisdom that self-initiates the practitioner. The reader will move from an aspirant seeking knowledge to an initiate who begins to experience Sophia-Christos in a process of self-initiation. This vision of the Great Goddess is unparalleled in the literature on the current revelation of the Divine Feminine Trinity.

Tyla Gabriel, ND is a board certified naturopath as well as an internationally known entrepreneur in education and business. She holds a graduate degree in Humanities from Florida State University, where she began her life-long studies in religion, mythology and philosophy, eventually leading her to the path of Anthroposophy. As a philosopher and theologian, her writings and teachings on the pivotal role of the Divine Feminine Trinity have broken ground that is tantamount to a new revelation of the divine that necessitates a complete revisiting of our approach to the world and ourselves. The Gospel of Sophia is the testament of an aspirant of Sophia who has been given self-initiation with the assistance of the Divine Feminine Trinity as guide and teacher. From the first revelation of Sophia through Pelee, to the Etheric Christ experience several years later, Gabriel has followed the luminous path of study and communion with Sophia-Christos to become an initiate of Sophia. The teachings about the Being of Sophia are the result of living Imaginations given to her by spiritual beings that inspired her over many years, guiding her to active Intuitions that unveil the hidden nature of the Great Goddess. 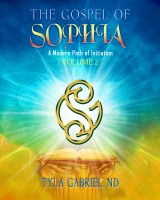 You have subscribed to alerts for Tyla Gabriel.

You have been added to Tyla Gabriel's favorite list.

You can also sign-up to receive email notifications whenever Tyla Gabriel releases a new book.