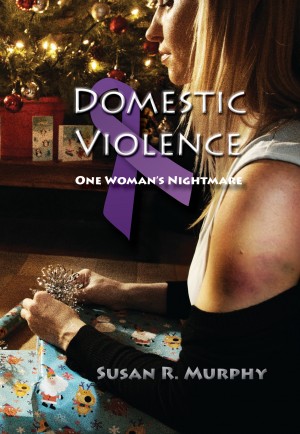 Susan R. Murphy describes her experiences of domestic violence, starting with her own background and upbringing, the parental guidance that would influence her views of life and love. She recalls her early dating experiences, how she came to meet the man whom she would later marry and set up home, and where all that would lead. It is a tale that she tells with candor and vividness as the dark storms unravel, turning her family and home environment from one of relative comfort, to one that she had to flee, as aggression turned to actual violence.

Like so many women in her situation, she felt as if she had nowhere to go but in her hour of need, help arrived. She entered a Battered Women's Shelter and commenced a program that would see her get her life back on track. When she left the shelter, upon completion of the program, it was with a mixture of pride and sadness that she was able to observe:

"Out of all the women in the shelter, myself and one other woman were the only ones who left and started new lives. The rest of the women all went back to their abusive partners."

This is a story that is positive and life affirming for the manner in which it shows how experiences like these can be overcome; that the simple act of confronting an adverse situation can of itself become a source of strength.

“I just want women to know that there are places available out there where you can go to in a domestic violence situation, that are safe for you and your children, away from your violent partner. Women, listen to me, you may love your partner, but, please, do not stay and be battered any more. You don’t have to be afraid any longer. There is help on the outside, if you are willing to take that first step."

Susan R. Murphy was born in Columbus, Ohio. She has lived all over the United States but these days resides in a desert community in a place called Salton City, a small town of only 1400 people.

This story, her account of her experiences of domestic violence, was written in 1993. It had been sitting on her shelf for a long time before she decided to publish it. She says that, "for a long time after everything that happened, I blocked much of it from my mind. It was not something I wanted to think about but what happened to me can happen to other women, so I wrote my story for all the women who may go through domestic violence. The trauma I have endured will remain with me for the rest of my life. I am just an ordinary woman who thought that domestic violence could never happen to me, but it did and I thank God that I did something about it and am still alive today to able to talk about it."

Susan has been writing for many years, including poetry and a volume of short stories entitled, The Immortals: thrills, chills, tales of the macabre, which has also been published. Her writings reflect her many and varied interests embracing the genres of horror, sci-fi, fantasy, romance.

Susan Murphy was born in Columbus, Ohio and her father was in the Navy and never stayed in one state more than two years. All she remembers of Ohio is the cold, snow, red licorice and white castle hamburgers.

She lived with her mother and grandmother on Fairwood Avenue which is an old Victorian style home with the glass door knobs. Her father was away at the time.

From the time she was three, her mother used to take her to see movies on the Navy base. The first movie she saw was called Straight Jacket, heads rolling down the staircase. From then on, she was hooked on anything horror.

Susan played with her Barbie and Ken dolls as most kids her age would but played Vampires with them.

Over the years, Susan and her parents moved quite often and ended up in Charleston, South Carolina in a small trailer park. Railroad tracks were behind the park and the story goes was that at the end of the tracks was a huge zoo with all kind of creatures.

From there, she moved often ending up in San Pedro, California which was uneventful. Her mom and dad bought their first house in San Diego and that is where she grew up since she was twelve.

Over the years, her interest in horror, science fiction and mythology grew so she sat down one day in 1993 and wrote a series of short stories on these subjects. She took the ideas from her life and the different places she lived as well as from relatives .

Dark Observer was told to her by her sister from a creature she actually witnessed watching her small children sleeping. She took the idea and wrote the story around it.

The Haunted Railroad Tracks was from her time in South Carolina and the tracks behind the trailer park.

The House on Fairwood Avenue is from her time when she was small living at her grandmother’s house in Ohio.

Gargoyle, Thief of Souls was written with her going to a graveyard at midnight and looking at the headstones and crypts.

The Lost Princess of Atlantis was written as she was always fascinated in the lost city.

Eurayle, The Gorgon was written as she was and still is interested in the tale of Medusa and her sisters and wanted to know more about them so she researched them in the library.

The Butcher of Moore Mansion is based in San Diego where she grew up and there is actually a place there where people were killed so she based her story on that.

The poem, Innocence Lost, was written as she was and still is interested in vampire lore.

The poem, Timeless Love is based on a soulmate that she has never met but hopes one day she will.

Susan has written this collection for all you avid readers out there that are interested in not quite normal everyday routine things. These stories are intended to scare the daylights out of the reader and probably give you all nightmares or to just get you thinking that there may be something else out there not quite human. So, have fun, get scared and try to sleep and let her know as you are reading if you can picture each creature, or scenario, in your minds .

You have subscribed to alerts for Susan R. Murphy.

You have been added to Susan R. Murphy's favorite list.

You can also sign-up to receive email notifications whenever Susan R. Murphy releases a new book.