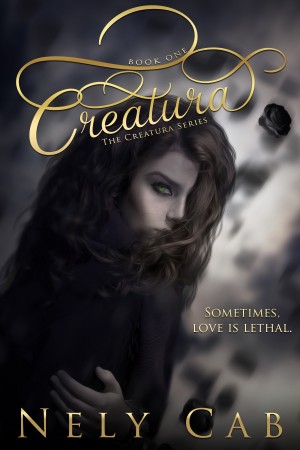 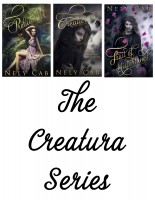 Reviews of Creatura by Nely Cab

Paranormal is not among my usual genres to read, but this one had enough parallels to Cassia in my own novel I had to give it some attention. I'm glad I did.
Arising in a 17-year-old's troubling nightmares, plus the boyfriend who just dumped her after three years as well as a psychiatrist who's also her best friend's dad, this story has a rich brew from the git-go. There's also a father who died when Isis was only 12, right after the divorce.
As Isis Martin tells her friends at one point, if she could only sleep through the whole night, "My life could go back to being normal."
(Ah, that "normal" question again. Another of those overlapping considerations. Not just for teens, either.)
Nely Cab creates a compelling, fast-moving, high-current romance, even before getting to the main theme of forbidden young love – think Romeo and Juliet with a Greek god and a very wary south Texan girl.
As for that ex-boyfriend? You really think he'd be gone forever?
Isis' mother, meanwhile, has reason for concern, considering that she was roughly the same age as Isis when she gave birth.
The book is dazzling, glittery, and sometimes terrifying, right up to the unexpected jolt at the finale.