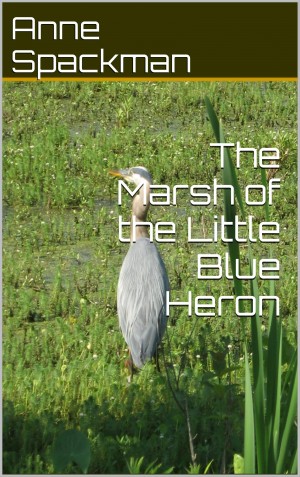 The Marsh of the Little Blue Heron

At the current time, I am a gymnastics coach and a writer of many types of fiction. I have a BA in English language and literature from the University of Chicago. I am half-American and half-Scottish. I spent many summers as a girl in Scotland, and moved to England at 16 where I finished high school at Bedford High School in Bedfordshire, England.

My first novel, The Last Immortal, I wrote more than twenty years ago. It is the first of six novels in the "Seeds of a Fallen Empire" series that was finished in 2000 and finally published as an e-book in 2010-2014 after many years of trying the traditional publishing route. I have also written one fantasy novel, Curse of the Dragon Kings, which was written in 1997 and published as an e-book in 2010.

As a writer, I started out writing mostly science fiction and also fantasy as I so much loved J.R.R. Tolkien as a girl. I also really enjoy historical fiction set in the days of ancient Rome, (and Egypt.) I am now writing more romantic and historical short stories.

You have subscribed to alerts for Anne Spackman.

You have been added to Anne Spackman's favorite list.

You can also sign-up to receive email notifications whenever Anne Spackman releases a new book.