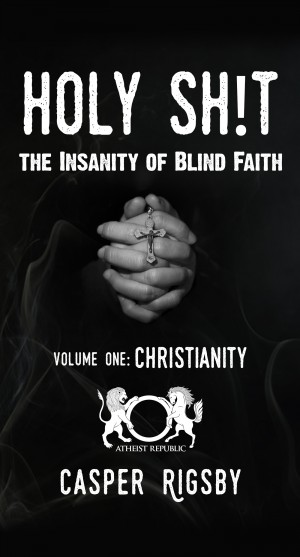 I'm a 33 year old husband and father who was raised in a Christian home and is the grandson of a lifelong minister. As a youth, I studied the Bible under my grandfather's guidance, and considered entering the ministry myself. I later came to question Christianity and began studying other religions. After years of study and even reviewing Christianity from a far more critical stance, including study of theology at a collegiate level and review of mythological correlations between all religions, I have come to an apatheistic atheist stance that god doesn't matter. I run an up and coming apatheist Facebook page named God Doesn't Matter and am a strong advocate for loud atheism and apatheism.

You have subscribed to alerts for Casper Rigsby.

You have been added to Casper Rigsby's favorite list.

You can also sign-up to receive email notifications whenever Casper Rigsby releases a new book.