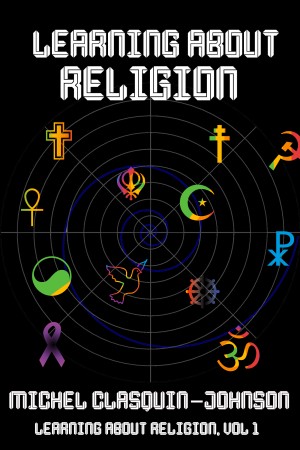 By Michel Clasquin-Johnson
A beginner's guide to the world's major religions and to the academic study of religion. More
In this book you will learn about a variety of religions. You will be able to indicate where they can be found today, where they come from and how they came to South Africa and developed further once they were here. You will also be able to give a rough estimate of how many members each religion has and how people from different religions interact with one another. By the time you have finished reading this book, you will know the "what", the "where", the "when" and the "how many" of the world's religions.

You will be able to apply your knowledge to specific issues and you will have gained an appreciation for the wide diversity of religious thought. You will explore new worlds, from the fertile plains of Africa to the burning sands of Arabia, from the cathedrals of Europe to the pagodas of Asia.

Together we will walk alongside the acknowledged greatest of our species: Christ, Mohammed, the Buddha, Moses, Freud, Luther, Nagarjuna, Shankara, Marx ... you will already recognise some of these names, and the others too will become known to you as deep and profound thinkers. Some you will agree with, others not - but you will undoubtedly learn to appreciate how their efforts to understand and explain reality have influenced the history and development of humankind.

Some of the religions we will explore together will be well known to you already. In fact. you might even belong to one of them yourself! Others will be new and strange to you. Nevertheless, even if you think you already know a religion, try to approach it with an open mind and see if you can learn something new.
Download: epub mobi (Kindle) pdf more Online Reader
rtf
Price: Free! USD
Add to Library
Create Widget
Tags: religion christianity buddhism atheism islam judaism hinduism bahai faith religious studies african religion
About Michel Clasquin-Johnson

Michel Clasquin-Johnson is a Professor of Religious Studies at the University of South Africa and was, until recently, the entire Buddhological establishment on the continent of Africa. He lives in Pretoria, South Africa with his wife, son and two motorcycles.

Michel likes to think that he practices Buddhism (in his own way) as well as writing about it. The entire Buddhist world disagrees, but is too polite to say so.

In his spare time, he writes what can loosely be called science fiction. Not a lot of science involved, and a fine disregard for the rules of fiction.

He also writes application software, but only for utterly obscure and/or obsolete operating systems that are never going to lead to a payday. Let's hope he hangs on to his day job.

About the Series: Learning about Religion

Beginner's guides to the world's major religions and to the academic study of religion. 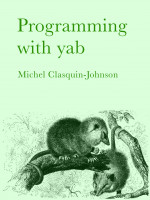 You have subscribed to alerts for Michel Clasquin-Johnson.

You have been added to Michel Clasquin-Johnson's favorite list.

You can also sign-up to receive email notifications whenever Michel Clasquin-Johnson releases a new book.