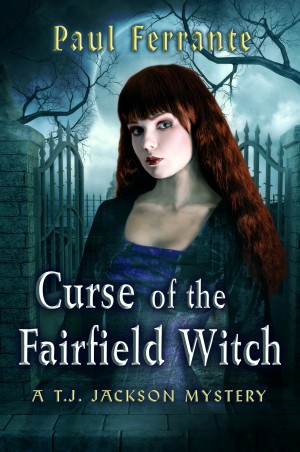 Curse of the Fairfield Witch

Paul Ferrante is originally from the Bronx and grew up in the town of Pelham, NY. He received his undergraduate and Masters degrees in English from Iona College, where he was also a halfback on the Gaels' undefeated 1977 football team. Paul has been an award-winning secondary school English teacher and coach for over 30 years, as well as a columnist for Sports Collector's Digest since 1993 on the subject of baseball ballpark history. Many of his works can be found in the archives of the National Baseball Hall of Fame in Cooperstown, NY. His writings have led to numerous radio and television appearances related to baseball history. Paul lives in Connecticut with his wife Maria and daughter Caroline, a film screenwriter/director. Last Ghost at Gettysburg: a T.J. Jackson Mystery is his first novel.

You have subscribed to alerts for Paul Ferrante.

You have been added to Paul Ferrante's favorite list.

You can also sign-up to receive email notifications whenever Paul Ferrante releases a new book.