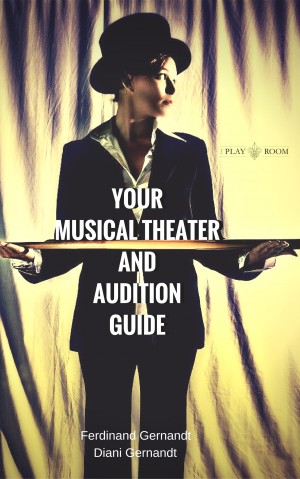 Your Musical Theater and Audition Guide

Ferdinand has been part of the SA entertainment industry for over 15 years and has evolved from being a sought after vocalist and Performer to a respected and accomplished Choreographer, Director and Producer.

He has also been seen on the small screen in varied featured parts in “VILLA ROSA, ISIDINGO, 7de LAAN & SCANDAL” His most recent theatre accolade was playing the role of Electra in the Roller Skating Musical “STARLIGHT EXPRESS”

Ferdinand completed his diploma in Musical Theatre at Pretoria Technikon in 1999. After his studies he joined “African Footprint” for three years (704 performances) as part of the original cast, touring abroad to Atlanta, Georgia and performed at the “Royal Variety Performance” in 2000, London. He also performed for “Celebrity Cruise Lines” and “Princess Cruises” as singer/dancer and guest entertainer for two years. On Ferdinand’s return to South Africa he choreographed and starred in “Best of the boys - Calendar Boys” as lead vocalist at the Performer Theatre, following he choreographed “Duke” for Tswane University of Technology (TUT) for their annual Dance Season in 2005. Other Shows include: “7’Tease Fever” “The Wizard of Oz” “Vodacom CEO Awards 2005” Fred Casely in “Chicago” the Musical “Goldilocks and the Three Bears” Galileo understudy in “We Will Rock You” "The King and I" and wowed audiences as the John Travolta character Tony Manero in the West End hit Musical “Saturday Night Fever”

Ferdinand's short film screenplay "Uit die Kaskenades" got commissioned for production for kykNET's Silwerskerm Filmfees which landed in the TOP 10 out of 450 other scripts. "Debuut - PILOT" an Afrikaans GLee kykNET Series which has been developed into the popular kykNET series STERLOPERS. 8 DAYS IMDB credit as writer for this feature film, produced by After Eden Pictures USA. His screenplay and brainchild "LINE OUT - the movie musical" is in development with DreamVision and After Eden Pictures, USA.

Ferdinand acts as producer, director and choreographer of this yearly youth development project the "Broadway Performance Showcase Experience" which is an initiative to create a sound platform for our young artists in South Africa providing a safe environment to uplift and transform our culture.

The “FADCreationS Mentorship Program” is a 3 to 6 month program where one-on-one training, mentorship and guidance is provided to select individuals to bridge the gap between amateur and professional, preparing the young talents for the industry.

You have subscribed to alerts for Ferdinand Gernandt.

You have been added to Ferdinand Gernandt's favorite list.

You can also sign-up to receive email notifications whenever Ferdinand Gernandt releases a new book.