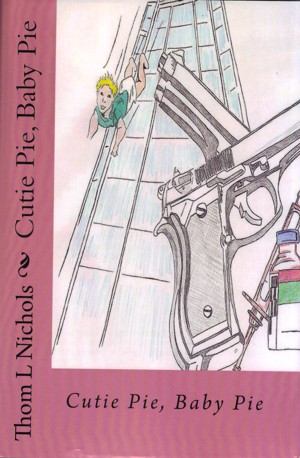 By Thom Nichols
Crimes against children are so atrocious that every cop on the force wants to be involved. Ed and Paul are involved in a serial murder case when a school bus goes missing. Unable to help, they find their case intertwines with the bus kidnapping. Set in the near future, on the virge of flying cars, Paul suspects his partner and learns the shocking secrets he carries. More
The conversion from ground cars to flying cars poses several challenges in regards to police work. Coupling that with a detective under a psychiatrist’s care for depression over his wife’s death, the cases veteran Detective Paul Ostrander receives aren’t the most news worthy. When an entire school bus is kidnapped, Paul and his partner Ed can’t even get close to the case.
As all attention is focused on the school bus kidnapping, their minor string of overdoses reveals evidence of a serial killer. Running into brick wall after brick wall, secrets from Ed’s past begin to emerge. Resisting at first, Paul begins to suspect his partner of the killings.
When the serial killer identifies the school bus kidnapper, he orchestrates a plan to eliminate him and throw the blame on Ed. As the parallel cases overlap, Ed and Paul are forced to come to terms with Ed’s past and use the flying car technology to stop the killer.

Thom Nichols was born under a mountain in Mt. Shasta California. He grew up in Arizona, but has lived all over the United States. Starting out in the Marine Corps, he has had a multitude of jobs ranging from overnight security guard to UNIX Senior Specialist and everything in between. He married his wife of nineteen years (So far) two weeks after meeting her. He has three children and one granddaughter (So far). He has been writing since he was born, but always for fun. He wanted to get his degree in English so that he could become a writer, but with a family he decided to go the safe way and went into computers. Now that the kids are pretty much grown and moving out, he decided to follow his dream.

You have subscribed to alerts for Thom Nichols.

You have been added to Thom Nichols's favorite list.

You can also sign-up to receive email notifications whenever Thom Nichols releases a new book.