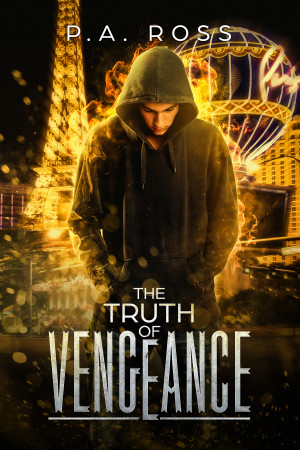 So what is the truth behind vampires? What is the purpose of this dark, strange and destructive creature V has become? Will the truth set him free—or is his salvation shrouded in shadow as well?

Dive back into the heart of darkness in P.A. Ross’ dark fantasy series Vampire Formula in this all new thrilling sequel that will leave you thirsty for more. Embrace the darkness and grab your copy of The Truth of Vengeance today!

P.A. Ross lives in England with his two daughters and wife. When not daydreaming of fantastical adventures and crazy characters, he enjoys time with his family, enjoying sports and films.

With a Degree in Astrophysics, he has learnt to accept and understand the worlds of unseen forces, such as quantum mechanics and chaos theory, which has helped immensely with writing fantasy novels of other invisible forces.

P.A. Ross is published in urban fantasy – vampires and demons in the modern world and science fiction genres - superheroes and spaceships. In one book, he brings these worlds colliding together.

To learn more about P.A. Ross and his books go to www.thornsneedles.com.

Reviews of The Truth of Vengeance: Vampire Formula Series Book 2 by P.A. Ross