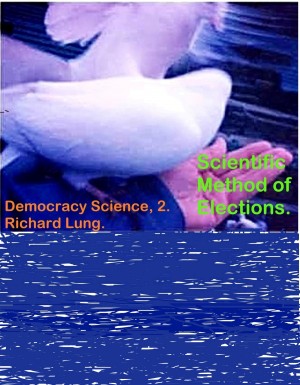 The more familiar approach, of judging voting methods by (questionable) selections of basic rules or criteria, is critically examined.
Political and academic justifications, for the world anarchy of voting methods, are refuted by a statistical understanding of elections as generally giving more or less probable results, for which social choice theory requirement of absolute certainty, in all cases, is not appropriate.

Official reports of British commissions on election systems are assessed. These reports are of Plant, Jenkins, Kerley, Sunderland, Arbuthnott, Richard, and (Helena Kennedy) Power report.
Two great pioneers of electoral reform are represented here, in speeches (also letters) of John Stuart Mill on parliamentary reform (obtained from Hansard on-line). And there is commentary and bibliography of HG Wells on proportional representation (mainly).

This author is a researcher, as well as a reformer, and my innovations of Binomial STV and the Harmonic Mean quota are explained.
Compared to my first book on electoral reform, this second book has more emphasis on electoral research, to progress freedom thru knowledge.
(The previous book, Peace-making Power-sharing, had a last chapter, in French, which is the earliest surviving version of the foundation of this sequel, Scientific Method of Elections.)
Download: epub
Price: Free! USD
Add to Library
Create Widget
Tags: philosophy of science scientific method proportional representation electoral reform single transferable vote logic of measurement social choice theory statistical information voting systems
About Richard Lung

My later years acknowledge the decisive benefit of the internet and the web in allowing me the possibility of publication, therefore giving the incentive to learn subjects to write about them.

While, from my youth, I acknowledge the intellectual debt that I owed a social science degree, while coming to radically disagree, even as a student, with its out-look and aims.

Whereas from middle age, I acknowledge how much I owed to the friendship of Dorothy Cowlin, largely the subject of my e-book, Dates and Dorothy. This is the second in a series of five books of my collected verse. Her letters to me, and my comments came out, in: Echoes of a Friend.....

Authors have played a big part in my life.
Years ago, two women independently asked me: Richard, don't you ever read anything but serious books?
But Dorothy was an author who influenced me personally, as well as from the written page. And that makes all the difference.
I was the author of the Democracy Science website since 1999. This combined scientific research with democratic reform. It is now mainly used as an archive. Since 2014, I have written e-books.
I have only become a book author myself, on retiring age, starting at stopping time!
2014, slightly modified 2022. 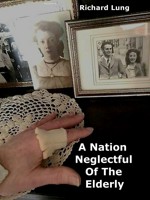 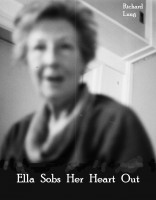 Reviews of Scientific Method of Elections. by Richard Lung

You have subscribed to alerts for Richard Lung.

You have been added to Richard Lung's favorite list.

You can also sign-up to receive email notifications whenever Richard Lung releases a new book.