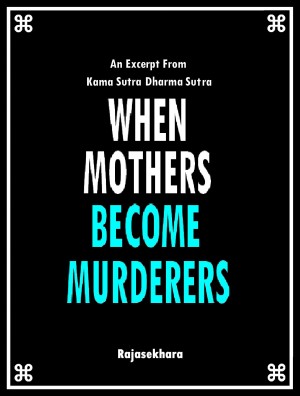 By Rajasekhara
Rated 1.00/5 based on 1 reviews
The most evil and cold-blooded murderers in the world must surely be the mothers who kill their unwanted children in the name of abortion. According to the Vedic scriptures, such heartless mothers who are equal to witches should be sent to the gallows and hung for the crime of infanticide. More
The Vedas say that abortion, or the killing of the embryo is the most evil of all sins and is reprehensible. Every religion in the world forbids killing, including the killing of unwanted children. The Biblical commandment says. “Thou shalt not kill.” This verse refers to all life including the embryo within the womb as well as the merciless killing of animals for food. The above verse from the Vedic scriptures specifically states ‘killing of an embryo’. This is very clear and beyond any doubt, the embryo is alive and should not be killed. Something can only be killed if it’s alive. In Vedic culture, the priestly brahmanas, the sacred cow revered as a mother, the embryo of an unborn human being, should never be killed under any circumstances, as it is the most heinous crime to kill those who are innocent and unprotected.
The Shrimad Bhagavatam gives a vivid description of the spirit-soul’s life within the womb, including the various stages in the development of the fetus during the nine months before its birth. These descriptions recorded more than five thousand years ago have been proven to be accurate by modern medical science. Consequently, when the Vedas say that the soul enters the womb through the semen of the male at the time of copulation; this observation must also be accepted as a scientific fact. Based on the simple logic, if there are a number of verses containing knowledge of life within the womb, which through medical science using modern technology has been proven correct, then the verse in the same saying that the soul also enters the womb through the male’s semen at conception, must also be accepted as correct.
Download: epub mobi (Kindle) pdf more Online Reader
rtf lrf pdb txt
Price: Free! USD
Add to Library
Create Widget
Tags: murder ethics abortion crime and punishment infanticide capitol punishment heinous crime sinful act witchdraft
About Rajasekhara

ABOUT THE AUTHOR
Rajasekhara was born in England in 1948. From the age of seven he began his inquiry into the meaning of life, after realizing that although death seemed inevitable for everyone, it also appeared completely illogical, as the life-force and will to exist appeared far too dynamic to simply cease to exist at the point of death. As he grew-up, he became disenchanted with what he saw was a world full of cruelty and suffering. His ambition was to discover the answers to life, and not wishing to be involved in the mundane affairs of material existence or raising a family, he began to study philosophy and religion. In 1970 at the age of 21, he became a vegetarian and a follower of Buddhism, and began to practice hatha-yoga and kundalini meditation. In 1972, Rajasekhara adopted Krishna consciousness and bhakti-yoga as the best means for self-realization, and in November that year, he joined the Hare Krishna Movement. In May 1973, he received initiation from Bhaktivedanta Swami Prabhupada, the Hare Krishna founder, at the Bhaktivedanta Manor, the Tudor manor near Watford, donated by George Harrison of the Beatles, where he served as the manor’s first temple commander. The name 'Rajasekhara', given by Swami Prabhupada at the time of initiation, means 'king of kings' and is pronounced as 'raaja-sheykhaara'.
In January 1975, desiring to make further advancement in spiritual life, Rajasekhara moved to India and the holy city of Vrindavana, where he became a temple priest at the Krishna-Balarama Mandira. Since 1975, Rajasekhara has lived in India, where he has continued his practice of yoga while studying Vedic philosophy and metaphysics. During his long sojourn in India, Rajasekhara has visited all the important holy places of pilgrimage in the sub-continent from Kashmir to Kanya Kumari, including such famous places as Badrinatha, Yamunotri, Haridwara, Rishikesha, Dwaraka, Tirupati, Rangapatnam, Tiruvanantapuram, Madurai, Kumbhakonam, Tanjore, Navadwipa and Jagannatha Puri, to name just a few. Due to his extensive travelling, he has gained a treasure-trove of knowledge while imbibing the very essence of India’s ancient Vedic culture. His understanding of Vedic philosophy has been acknowledged by all those who have read his books and heard him speak on Vedanta philosophy and Gaudiya Vaishnava siddhanta.
Rajasekhara is presently considered to be one of the world’s leading authorities on the subject of Vrindavana Dhama and its holy places, his numerous books about Vrindavana are read the world over by those interested in understanding the deeper mysteries of Lord Krishna’s spiritual abode, where the Lord performed His transcendental pastimes on Earth over 5,000 years ago. Rajasekhara is also known for his exquisite photography of Vrindavana Dhama, featured throughout his books and which perfectly capture the transcendental atmosphere of Lord Krishna’s transcendental land. His personal experience and spiritual realizations, after having lived in India and the holy land of Vrindavana for so many years – is adequately conveyed through his writings, and those who read his books find themselves immediately transported to the transcendental spiritual platform.
In 1991, on reaching the age of 42, Rajasekhara, established Vedanta Vision Publications, for the purpose of writing and self-publishing transcendental literature that propagate the glorification of Vrindavana Dhama, the holy land connected to Lord Krishna transcendental pastimes. In 2001, on reaching the age of 52, Rajasekhara, inaugurated the Vedic Heritage Foundation, to expand the awareness of Vedic culture, philosophy and traditions, and to continue his research into the Vedic scriptures.
Amongst his upcoming publications, Rajasekhara is working on the highly anticipated Bhu-mandala Tattva-darshan – a five part summary study based on the 5th canto of the Vedic classic Shrimad Bhagavatam – which deals with the subject of Vedic cosmology, the fabled Mount Meru and the island of Jambhudwipa, the kingdom of demigod’s, the heavenly and hellish worlds, and the position of the planets in the solar system as revealed in the Vedas.
Another important book now being prepared, concerns the hidden facts regarding the death in 1977, of the Hare Krishna founder, Bhaktivedanta Swami Prabhupada, which Rajasekhara personally witnessed, and the deviations that took place in the Krishna movement after the demise of its founder who was regarded as the world's foremost Vedic acharya.
In 2015, in his 66th year, Rajasekhara released a truly dynamic and forthright presentation based Vedic sex education entitled ‘Kama Sutra-Dharma Sutra - The Yoga of Pure Sex’, for those who wish to understand the true essence of yoga practice, that enables one to cross over the great ocean of material suffering and achieve liberation from the shackles of sex-desire that is the root cause of the living beings reincarnation and repeated birth and death in the material world. 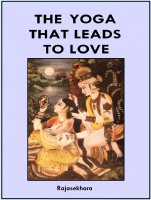 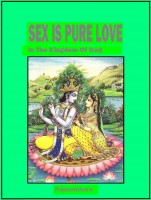 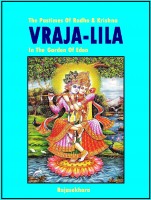 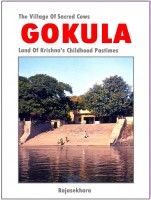 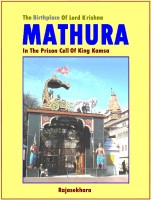 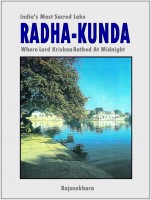 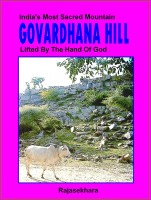 A meagre, inept attempt to bring back witch trials, and the mentality thereof. The author rambles, flinging quotes about, like so much muck kicked up by pigs, grasping desperately at anything that even hints at the topic of "life", to use in progressively weaker arguments.

We literally go from “thou shalt not kill" one moment, and then four pages later suggest "if you kill then you must be killed". You can only be so upset about the supposed breaking of a commandment if you're suggesting others do the same themselves.

If someone breaks a commandment to punish someone for breaking a commandment, who punishes that person? Is this sort of like a daisy-chain suicide pact for an entire religion?

The basis of your argument is bad, and you should feel bad.

You have subscribed to alerts for Rajasekhara.

You can also sign-up to receive email notifications whenever Rajasekhara releases a new book.