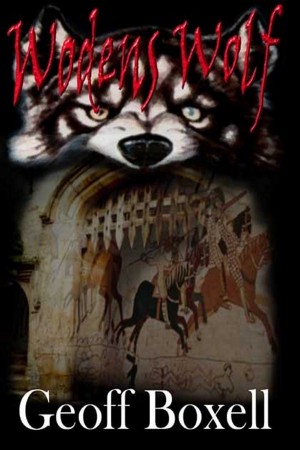 G'day,
At the age of seven I asked my mother about King Richard the Lion Heart. Her response was to give me an historical text book she was reading on the subject and tell him to find out for myself! From then on I have been addicted to English history. After leaving school, where the history topics I studied were dictated by my need to pass exams, I concentrated my efforts on the 17th century, with especial interest in the Civil War and Cromwell's Protectorate. However, in the mid '90's I changed direction and began studying Anglo-Saxon history. Since then the Hundred Years War, in particular the events in the reigns of Edward III and Richard II have caught my interest. As a result of this I am now involved with the SCA Canton of Cluain, Barony of Ildhafn, Kingdom of Lochac. I have more than one persona, but my usual one is that of a yeoman archer in the retinue of Sir Allan de Buxhall, KG, Constable of the Tower of London. I run my own Household within the Barony - The Wulfings.
Until Government cut backs I regularly acted as a guest lecturer for the Waikato University covering English history topics from the coming of the English to the Restoration.
Whilst I spent most of my early career in telecommunications, I later joined the University of Waikato running an experimental ‘virtual’ unit providing education in technology management and innovation. After leaving the University I worked on various technology related contracts but am now retired.
I am active Christian and attend the Te Awamutu Bible Chapel. For many years I have been involved in youth work for the church.
Born in England, my wife and I moved to New Zealand in 1969. We have three sons and five grandchildren. We live on a large section with lots of trees and flowers and spend a lot of our time working in the garden. Naturally, as an archer, I have an archery butt at the bottom of the grounds.

You have subscribed to alerts for Geoff Boxell.

You have been added to Geoff Boxell's favorite list.

You can also sign-up to receive email notifications whenever Geoff Boxell releases a new book.