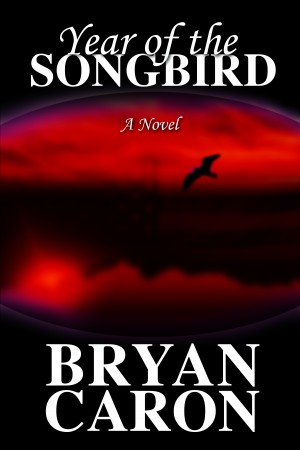 Year of the Songbird

Spiritually resonant and genuine in its conviction, “Year of the Songbird” deals with the power of addiction, sexual and spiritual awakening, the corruption of labels, how outside influences can devour even the strongest of convictions, and how weakness and vice are more easily attained than virtue and happiness.

Bryan Caron is an award-winning creative director and owner of Phoenix Moirai, the creative genius behind all of your graphic design, writing and videography needs. With a Bachelor Degree in Creative Writing and an Associate Degree in Computer Graphic Design, Bryan spent nine years working full-time as a graphic designer, rising through the ranks from lowly scrubber to senior graphic designer, while working nights and weekends on his writing and films. Over that time, Bryan wrote, directed, edited and produced several short and feature films (including the award-winning coming-of-age dramas, "My Necklace, Myself" and "Secrets of the Desert Nymph,") and published four novels — "Year of the Songbird", "Jaxxa Rakala: The Search", "In the Light of the Eclipse", and "Memoirs of Keladrayia: Jaxxa Rakala". At the beginning of 2014, Bryan branched out on his own, bringing all of his skills and talents under one roof to form a one-stop shop for all of your creative needs. He now works hard continuing to build his company, while remaining true to his passion, carving out all the time he can to devote to his personal artistic endeavors. He currently resides in Murrieta, California.

You have subscribed to alerts for Bryan Caron.

You have been added to Bryan Caron's favorite list.

You can also sign-up to receive email notifications whenever Bryan Caron releases a new book.