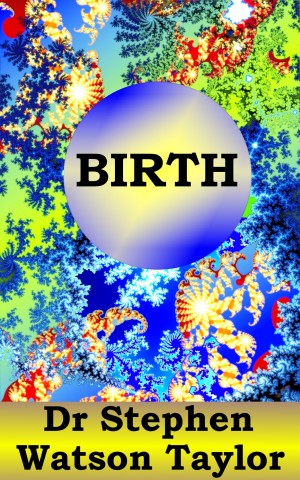 By Doctor Stephen Taylor
Doctor Taylor's book on natural birth is not primarily focused on new physical positions or breathing techniques. These are not the problem. Birth is matched by a highly intricate and very delicate psychological mechanism which modern medicine overlooks to its detriment. Understanding that mechanism is the key to correcting it. This includes the theory and practice for obtaining a natural birth. More
Doctor Taylor developed a theory of natural childbirth based on Dr Grantly Dick Read's initial approach. He was met with 100% drug free smooth births. However this is not a book on breathing exercises and yoga positions. The exercises used are simple and standard. The difficulty with birth will never be met with new positions or medical advances, because that is not where the problem lies. Birth is not merely a physical event, it is matched with a highly intricate, extremely delicate psychological process in both mother and child. Easily overlooked and treated in a purely medical manner it reduces what should have been a beautiful, spiritual and pain free birth into the cold clinical operations we see in place practiced today in most hospitals. Actually birth never was a form of sickness. The real solution lies in understanding that process.
DNA is a form of memory, in that it physically "remembers" the human form. It is physical memory. Running alongside it undetected is another replicative process, a non-physical memory, which occurs at birth and transmits not the physical body but the human spirit and understanding. Only by comprehending this mechanism can we avoid trampling both mother and child in our rush to support her by interfering in what nature had already set neatly in place. This book describes that process and focuses on stressed and differential relaxation as the key elements to success.
Download: epub mobi (Kindle) pdf more Online Reader
rtf lrf pdb
Price: Free! USD
Add to Library
Create Widget
Tags: fear relaxation hypnosis birth childbirth mind body spirit natural birth origin of species pain free origin of humanity
About Doctor Stephen Taylor

Dr Taylor (1926 - 2008) was a New Zealand medical practitioner who grew tired of anesthetics being routinely used at childbirth. He developed a program which resulted in all those participating having smooth, drug free natural births.

His theories on birth developed into a theory of mind and a philosophy which he then successfully applied to ordinary arithmetic showing that the theory "added up" literally. The arithmetic is called Circlemaths and opens the door to understanding philosophy, the mind, and funnily enough, birth. He has written many books on all of these subjects.

He is also well known for his 40 day fast against the Vietnam war in the 1970's held in Albert Park.

You have subscribed to alerts for Doctor Stephen Taylor.

You have been added to Doctor Stephen Taylor's favorite list.

You can also sign-up to receive email notifications whenever Doctor Stephen Taylor releases a new book.