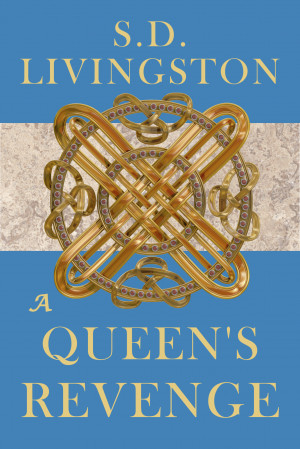 For author S.D. Livingston, it’s all about history, mystery, and books. Her first novel was published by Avalon Books in 2008, and she soon followed that up with several self-published novels, including Kings of Providence (a political thriller) and A Queen’s Revenge.

She writes in several genres, from sci-fi to suspense and historical fiction. She also enjoys working out the twists and turns of the spine-chilling Madeline Mystery series for young readers.

She’s been a member of The Writers’ Union of Canada since 2008 and holds a BA History.

About the Series: Rulers and Rebels

Historical fiction that sweeps readers into epic tales of the past.

Reviews of A Queen's Revenge by S.D. Livingston

Review
Gadoua reviewed on Aug. 29, 2016
(no rating)
A Queens Revenge is a well-researched historical fiction set during the Roman Empire's occupation of Britain. Because of Rome's political arrogance and cruelty a tribal queen challenges Romes right to rule. Boudicca's challenge sets the tone and temper for the rule of future British queens. A Queens Revenge is a superb read for those whose imaginations enjoy adventure woven into a historical context. The characters are well developed and humanly believable. I would highly recommend this book as a must read.

You have subscribed to alerts for S.D. Livingston.

You have been added to S.D. Livingston's favorite list.

You can also sign-up to receive email notifications whenever S.D. Livingston releases a new book.