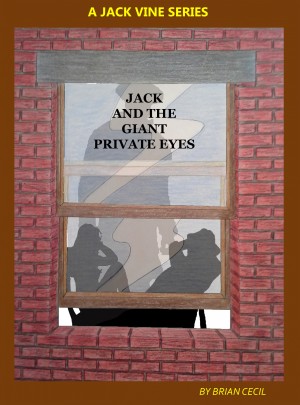 Jack And The Giant Private Eyes

These cases and personal experiences are just a few of the events, which followed that fateful day, when a foolish boy sold his family’s cow for an handful of beans.

Our hero, so-to-speak, resides in a town located somewhere in the land of make-believe. Where fairytales are real and anything imaginable is fair game for a case.

Join Jack and Tiny as they change the lives of many beloved characters in literature. Heck, you may even learn something. I can’t guarantee that last part though, that’s strictly up to you. Enjoy one and all.

Author: Brian Cecil (aka Pirate60)
Brian was born to Richard and Ellen Cecil in July of 1960. Fifth of seven kids, he grew up in the midwestern state of Missouri USA, in a small city called Florissant just northwest of St. Louis.
At the very young age of 24 months, a malformed blood vessel in his brain ruptured nearly ending his life prematurely. As a result he was left with a partial left side paralysis; primarily the left arm and leg.paralysis; primarily the left arm and leg.
Branded a cripple by his adolescent peers, he grew up knowing the darker side of mans cruelty. This, however, he considers a blessing in disguise, having given him a unique view on those little things in life others miss or consider insignificant. To him, what appears as just a rainbow after a shower, bloom’s before his eyes as a grand painting on a galactic scale; God’s canvas if you prefer. Life is, after all, as one preserves it to be.
He endured a number of operations at ‘Shriner’s Hospital For Crippled Children’, in an attempt to gain some useful movement of his arm and leg. The results were somewhat successful considering the times.
He developed a love for the sciences as well as the arts yet did not pursue his writing until around the age of 45, when he played around with an idea for a series of children’s short stories and rhymes.
It wasn’t till he joined an Internet web site called ‘The Den Of Amateur Writers’, that his gift of poems and rhymes developed into what was, his first publication. Combining his style with that of another aspiring Poet, Megan Cassavoy, they put together poetry books called ‘Poems And Rhymes Of Our Times’ and ‘Our Book Of Poems And Rhymes’. He also published a kids rhyme book called, ‘That Child Within’. The Jack Vine series is his first short stories publication with a couple others currently in the works. 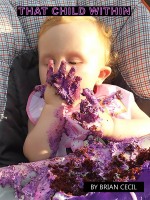 You have subscribed to alerts for Brian Cecil.

You have been added to Brian Cecil's favorite list.

You can also sign-up to receive email notifications whenever Brian Cecil releases a new book.