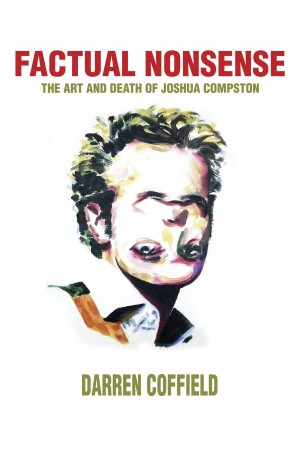 Factual Nonsense - The art and death of Joshua Compston

Darren Coffield was born in London in 1969. He studied at Goldsmiths College, Camberwell School of Art and the Slade School of Art in London where he received his Bachelors in 1993 in Fine Arts. In the early nineties Coffield worked with Joshua Compston on the formation of Factual Nonsense - the centre of the emerging Young British Artists scene. He has exhibited widely with many leading artists including Damien Hirst, Howard Hodgkin, Patrick Caulfield and Gilbert and George at venues ranging from the Courtauld Institute, Somerset House to Voloshin Museum, Crimea. Coffield's work can be found in Art collections around the world. In 2003 his controversial portrait of Ivan Massow, former chairman of the ICA in full fox hunting costume was exhibited at the National Portrait Gallery in London. In 2010 Darren Coffield was the only artist shortlisted for the three major painting prizes: the John Moores Contemporary Painting Prize, the Threadneedle Prize and the BP Portrait Award. Coffield lives and works in London.

You have subscribed to alerts for Darren Coffield.

You have been added to Darren Coffield's favorite list.

You can also sign-up to receive email notifications whenever Darren Coffield releases a new book.