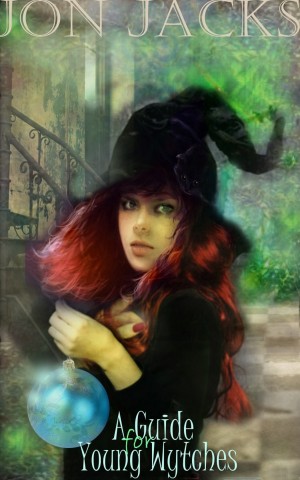 A Guide for Young Wytches

While working in London as, first, an advertising Creative Director (the title in the U.S. is wildly different; the role involves both creating and overseeing all the creative work in an agency, meaning you’re second only to the Chairman/President) and then a screenwriter for Hollywood and TV, I moved out to an incredibly ancient house in the countryside.

On the day we moved out, my then three-year-old daughter (my son was yet to be born) was entranced by the new house, but also upset that we had left behind all that was familiar to her.

So, very quickly, my wife Julie and I laid out rugs and comfortable chairs around the huge fireplace so that it looked and felt more like our London home. We then left my daughter quietly reading a book while we went to the kitchen to prepare something to eat.

Around fifteen minutes later, my daughter came into the kitchen, saying that she felt much better now ‘after talking to the boy’.

‘The little boy; he’s been talking to me on the sofa while you were in here.’

We rushed into the room, looking around.

There wasn’t any boy there of course.

‘There isn’t any little boy here,’ we said.

‘Of course,’ my daughter replied. ‘He told me he wasn’t alive anymore. He lived here a long time ago.’

Well, that’s what we thought at the time; but there were other strange things, other strange presences (but not really frightening ones) that happened over the years that made me think otherwise.

And so I began to write the kind of stories that, well, are just a little unbelievable.

You have subscribed to alerts for Jon Jacks.

You have been added to Jon Jacks's favorite list.

You can also sign-up to receive email notifications whenever Jon Jacks releases a new book.