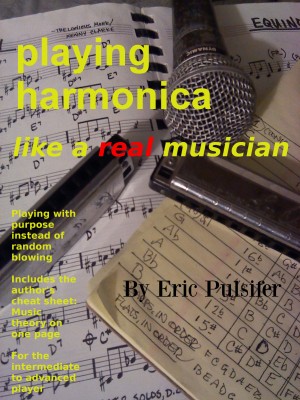 By Eric Pulsifer
Geared toward intermediate and advanced harp players, Playing Harmonica Like a Real Musician takes you from random blowing to playing with purpose. Accomplished musician Eric Pulsifer presents some of the stuff they don't teach you. Other instrumentalists and singers can also benefit from this work. More
It’s hard to take harmonica players seriously. What doesn’t help is that so many harmonica players don’t act as if they want to be taken seriously. We have the reputation as the dumbest musician on the stage, and that’s only if we’re considered musicians at all.

But with a good working knowledge of how to play, how to follow a song, how to work with the other band members and an idea of what you’re doing up on stage, you can be considered an asset to any band instead of a novelty act. In Playing Harmonica Like a Real Musician, Eric Pulsifer touches on the things they don’t teach the growing musician.

Eric Pulsifer played with many bands and several genres over the last three decades, parlaying his unique sound and his knowledge of music to take center stage. Currently in California, he plays in several groups and remains in high demand.

This work is for intermediate and advanced players. If you’re not there yet, hang on to this. You’ll be there soon.

Eric Pulsifer, a recovering journalist with more than a decade in the business and two more decades of screwing off, completed his first book in 2012. He liked it so much that even a line of road pylons couldn't stop him now.

While he works in several genres, his fiction leans more toward mystery/thrillers with a caffeinated mix of realism, imagination, and a bit of a dark edge.

His novels Damage Control and Desert Vendetta have likable characters, realistic settings, and the obligatory dead body or three.

His newest work, The Beta Testers, takes an even darker apocalyptic turn in a high-tech setting.

His nonfiction work touches on the creative side and survival as a writer and musician. His first novel, B.I.C.* Cartel (*Butt In Chair) also concentrates on this creative theme.

A respected musician, he currently plays harmonica with several bands in Southern California, ranging from bluegrass to jazz to gospel. A perennial student of musicianship and theory, he shares his ideas in Playing Harmonica Like A Real Musician.

While he lives in the Los Angeles area, he calls Charleston, South Carolina home. When not writing or playing music, he can be found on a hiking trail with his dog or tearing apart another computer and wondering how it all goes back together. 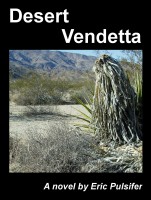 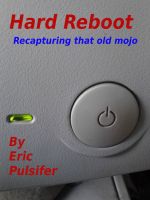 You have subscribed to alerts for Eric Pulsifer.

You have been added to Eric Pulsifer's favorite list.

You can also sign-up to receive email notifications whenever Eric Pulsifer releases a new book.