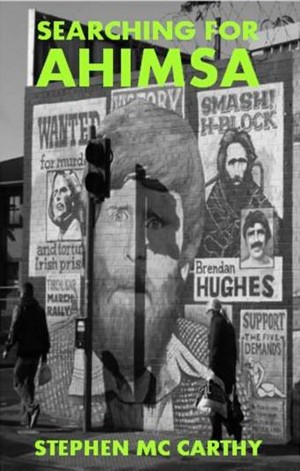 By Stephen McCarthy
Northern Ireland 1998. A ceasefire. A new dawn. The men of violence are off buying new suits to become respectable when the untimely death of an MP opens a door to power.

Two very different men seize the chance to do something with their lives that is bigger than them and the women they love. These two love stories, one new, one established, are tested by uncertain times. More
How big can one man's head get? Big enough to heal a country? How much can wanting something cloud a man's judgement. When is doing the right thing the wrong thing to do?

Two different men navigate a time of change in Irish Politics. A tale of inspiration, aspiration, obligation and hope told with a sense of humour.

Kevin Higgins is at the height of his powers, a successful career and solid marriage gives him the confidence to tackle anything. His wife is wary of the consequences but supports him.
Simon Lightwood is the latest of a political dynasty. A shy young man dealing with the recent death of his MP father and the turmoil of separation from his first love. He feels the weight of expectation and obligation and sees his life planned out for him.

A terrorist bomb threatens to derail the peace process and thrusts the two into the spotlight. On polling day they must choose between their new obligations and the women they love.

The worldwide quarantine has severely restricted everybody but strangely it has had only minor impact upon my day to day existence.
The normality of a writing life involves long periods of isolation, extensive time in front of the computer screen and plenty of reading. There is also copious alcohol involved.
I have put my two titles into the current Smashwords promotion (for FREE) to provide a distraction to any interested readers. Stay safe.

I am now editing my next novel, 'Nobody's Hero', a transatlantic, generational saga dealing with identity, patriotism and self awareness. It spans most of the 20th and early 21st centuries to discuss how different generations deal with age-old problems.

I have lived in Northern Ireland since 2004 though I grew up in Cork. Searching for Ahimsa is my first novel and the idea was born on a flight from Bangkok to London whilst I was suffering from a feverish bout of food poisoning. It has been well received by readers and follows an Engineer as he gets entangled in local politics in Northern Ireland at the start of the peace process when a genuine opportunity for change was available. It is vaguely autobiographical.

My second novel, Battered, tells the story of the aftermath of the death of a young girl in a small Irish seaside town and how it affects the relationships of a group of friends who work in a fish & chip shop. It is set against the backdrop of the 1986 World Cup in Mexico and the phenomenon of moving statutes that swept Ireland that Summer.

Thank you for supporting my efforts and I hope you enjoy my books.

All the best on this merry adventure. 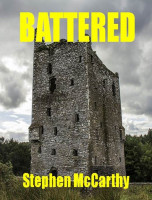 You have subscribed to alerts for Stephen McCarthy.

You have been added to Stephen McCarthy's favorite list.

You can also sign-up to receive email notifications whenever Stephen McCarthy releases a new book.