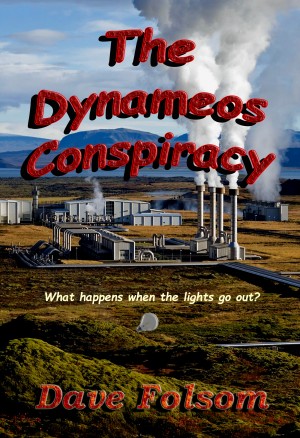 Born and raised in Montana, Dave graduated from the University of Montana with a degree in Forestry and spent the first decade of his career working in and around the logging industry. This experience led to his first published short story entitled “Scaling Rexford” which won honorable mention in the 1992 Edition of the University of Oregon’s West Wind Review. This work eventually led to his first novel, “Scaling Tall Timber.” Dave’s published works include “Scaling Tall Timber” as well as “The Zeitgeist Project,” and “Running with Moose.” a collection of short stories and essays.

In 2011, Dave published his fourth book, “The Dynameos Conspiracy,” a mystery-thriller surrounding a plot to destroy the national electrical power grid. All of Dave’s books are available from online bookstores, including Amazon, Barnes and Noble in paperback, as well as numerous e-book formats, including Nook and Kindle from a variety of online distributers. These were followed by Finding Jennifer and Sonoran Justice two thrillers featuring Charlie Draper in 2012. Coming in late 2013 a third Charlie Draper thriller entitled Big Sky Dead.

Reviews of The Dynameos Conspiracy by Dave Folsom

You have subscribed to Smashwords Alerts new release notifications for Dave Folsom.

You have been added to Dave Folsom's favorite list.

You can also sign-up to receive email notifications whenever Dave Folsom releases a new book.