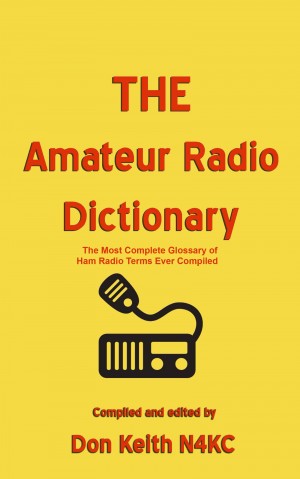 THE Amateur Radio Dictionary: The Most Complete Glossary of Ham Radio Terms Ever Compiled

By Don Keith
Over 1400 terms...more than 1600 definitions...hundreds of links so you can learn more! The most comprehensive Ham Radio glossary ever compiled. Perfect for those interested in becoming licensed Amateur Radio operators, those recently licensed, or even long-timers who want to keep up with all aspects of this dynamic hobby of Ham Radio. Edited by best-selling author Don Keith N4KC, an active Ham. More
Over 1400 terms...more than 1600 definitions...hundreds of links so you can learn more! The most comprehensive Ham Radio glossary ever compiled. Any pursuit that mankind might adopt quickly develops its own language, its proprietary jargon, its own semi-secret dialect fully understood only by its most avid and serious practitioners. The hobby of Amateur Radio, now entering its second century--and as vibrant and exciting as ever--is a good example. But now, for the first time, a complete and easy-to-use dictionary is available, ready for quick reference. This book, compiled by best-selling author, award-winning broadcaster, and active Ham enthusiast Don Keith N4KC, is intended for use by newcomers or those just getting interested in Ham Radio. But it is also a valuable resource for old-timers, too. New words pop up all the time. Hams have such a wide variety of options they may pursue that even the most active operators often need to look up a term. So here it is, THE Amateur Radio Dictionary, the most comprehensive glossary of Ham Radio terms ever compiled. Keep it near your operating position, use it when you encounter a term that is new to you. And get the most from this fascinating hobby!
Available ebook formats: epub mobi pdf rtf lrf pdb txt html
First 15% Sample: epub mobi (Kindle) lrf more Online Reader
pdb
Price: $6.99 USD
Buy Add to Library Give as a Gift
How gifting works
Create Widget
Tags: electronics hobby amateur radio ham radio license maker faire arrl n4kc
About Don Keith

Award-winning and best-selling author Don Keith has published more than 35 books, fiction and non-fiction, including several bestsellers. While working as a broadcast journalist, he won awards from the Associated Press and United Press International for news writing and reporting. He was also the first winner of Troy University's Hector Award for innovation in broadcast journalism. As an on-the-air broadcaster, Don twice was named the Billboard Magazine "Radio Personality of the Year.” He was a broadcast personality for over twenty years in Birmingham and Nashville.

Don lives in Indian Springs Village, Alabama, with his wife, Charlene. He is also a sought-after public speaker, a member of the Alabama Writers' Forum, and actively supports local and statewide literacy and oral-history-collection efforts. 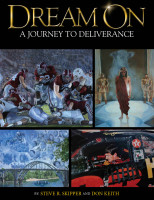 Reviews of THE Amateur Radio Dictionary: The Most Complete Glossary of Ham Radio Terms Ever Compiled by Don Keith

You have subscribed to alerts for Don Keith.

You have been added to Don Keith's favorite list.

You can also sign-up to receive email notifications whenever Don Keith releases a new book.