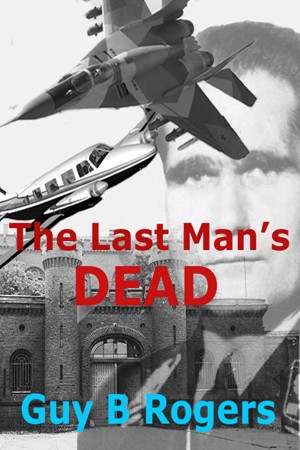 By Guy B Rogers
Espionage, political and military intrigue, double agents, seduction, murder, lust and love may have been part of everyday life for some of those living in Berlin during the years it was a divided city. For a few, like Rudolf Hess incarcerated as the sole prisoner in Spandau prison, life was simpler, and yet he held secrets that would be politically devastating if he were free to reveal them. More
A cold war spy thriller, the story of what MIGHT have really happened to Rudolf Hess...

As her family tries to escape from East Germany over the Berlin Wall, young Honiga Milch and her mother and father are captured. Abused by the soldiers and expecting at the very least to be sentenced to a labour camp or, more probably, killed, Honiga’s potential is recognised and she is taken away to be indoctrinated with communist ideals and trained as an agent. Years later, she is running a successful “health club” in West Berlin, where her skills are put to good use in the seduction and blackmail of diplomats and military personnel.
Meanwhile, in the complex world of political and military diplomacy of a divided country and the divided City of Berlin, the thorny problem of Rudolf Hess, Hitler’s deputy long incarcerated as the sole prisoner in Spandau Prison, remains. Now an old man, he may know secrets that would be highly embarrassing or, indeed, politically devastating if he were free to reveal them. Yet, how could anyone justify keeping such an old man imprisoned?

** Publisher’s note: The characters in this story are fictitious. Although their political and military appointments may be those held by real people at the times and places described in this book, with a few exceptions well documented in historical records, their words and actions are not intended to represent any actual words or actions of any person at any time. This story is fiction. Probably.

You have subscribed to alerts for Guy B Rogers.

You have been added to Guy B Rogers's favorite list.

You can also sign-up to receive email notifications whenever Guy B Rogers releases a new book.