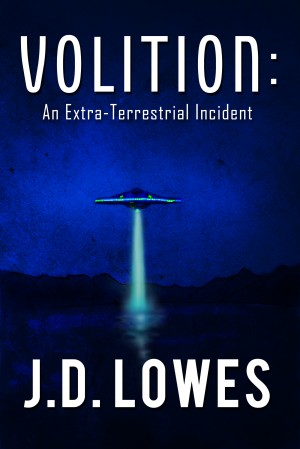 I've been in the US Military, I've taught security and investigation and been involved with Private Investigation, I was a figurative sculptor, and survived the direct hit of Hurricane Katrina. I'm a motorcycle enthusiast and enjoy shooting sports. I love animals and the outdoors. My hobby is woodworking. I've got tons of experience in many facets of the game of life and at this point I'm confident I have enough experience under my belt to write very cool stories.

A fairly standard alien abduction story. Actually, it's more about the interactions between two of the four friends involved in the first abduction (the youngest one, physically challenged, was abducted). There is lots of dialogue between them, much of which could be cheerfully cut in half, but which actually makes them into more than cardboard characters. There are also aliens, govt officials who ought to know better, a number of characters who appear and then don't do much, a dog and a grumpy cat (who is there just for lulz).

The aliens are in contact with govt agencies, and exchange tech in place of being allowed to abduct people. It's not clear why that is expected to make sense.

There is a lot of whee-magic! in the story. References to pop culture movies abound. The alien is a mix of omnipotence and ineptitude. The various agencies indulge in a lot of jargon-speak. The motivations of the bad guys are never clear. The motivations of the good guys are a bit better placed. There are astounding amounts of naivete, and very little plot tension, which makes for a fairly shallow story, though with TV-level special effects.

There are also spelling mistakes, I regret to say. Rappelling is not repelling.

However, while not great, it's not a bad book, probably better than some of the potboilers that actually see the light of paperback sales. All in all, a reasonable lazy Sunday read when you have nothing better to do.

You have subscribed to alerts for JD Lowes.

You have been added to JD Lowes's favorite list.

You can also sign-up to receive email notifications whenever JD Lowes releases a new book.