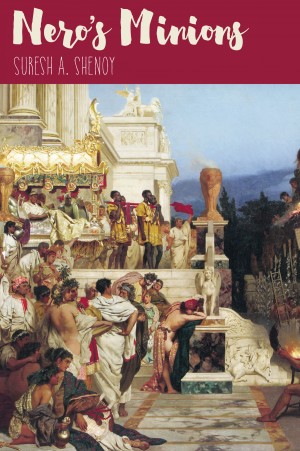 By Suresh Shenoy
'Judas Kiss' conjures the image of Christ at the Garden of Gethsemane betrayed by a confidant-turned-traitor. It is increasingly certain, that the Evangelists were writing about the framing of Peter and his Jewish converts for the Great Fire at Rome in A.D. 64. Paul of Tarsus and his Gentile faction have a case to answer of being Nero's Minions. More
It is utterly insane even to imagine that the Greco-Roman Church was born with a 'Judas Kiss' at Rome in A.D. 64. Apparently, so it is until an investigative search for the historical evidence finds the basis for the unthinkable contention in the published works of the first century, albeit, it needs the persistence and the keen eye of a Sherlock Holmes.
Tacitus told us in his Annales that 'informants' framed the Christians for the Great Fire at Rome in July A.D. 64.
Clement of Rome wrote to the Corinthians of 'jealousy' of factional rivalry in the Roman Church that brought about the deaths of Peter and Paul.
The Acts of Apostles recorded that James the Elder humiliated Paul at Jerusalem when they met for the last time in A.D. 58.
Paul's five of the six personal Epistles show us how seriously vengeful he was. His tendency to rage and hate was extraordinary. Psychosis caused his hallucinatory visions made worse by physical ailments. In this context, events conspired to unleash Paul's pent up fury against the Elders in A.D. 64. The form it took is the subject of this book.
Paul was free from house arrest at Rome in A.D. 62. James the Elder was murdered in A.D. 63 at Jerusalem at the behest of Ananus ben Ananus, the new high priest. While Paul was free of James, he still had Peter and his faction to deal with at Rome.
Nero's henchmen caused the Great Fire of Rome, wrote Tacitus. The Emperor was looking for scapegoats to save himself from the lynching mobs. There was an urgent need for a set up with a 'Judas Kiss' perhaps.
By piecing together all the available bits of circumstantial evidence, the picture emerges of Paul and his Gentile faction jumping at their once in a lifetime chance. They 'informed' Nero's henchmen that Peter and his Judaic faction caused the fire. The bloodbath that followed is a gory tale of ancient Rome. It horrified and disgusted even the Roman mobs with deadened sensitivities, reported Tacitus.
Paul's coup against the Judaic faction, first led by James the Elder and lately by Peter, succeeded beyond his expectations.
Using subtle literary conventions, the Synoptic Evangelists told their readers about this awful crime with a subtext of irony and the ancient narrative technique of 'analepsis' in their foreground texts, the Gospels. These Gospels thus projected their contemporary historical events and practices into the past as if they had occurred in the life of Jesus. The shifting of the events into the past was merely fictional, while the events themselves were factual and personally experienced by the Evangelists.

I had been a secondary school teacher until my retirement in 2000. While planning for life after the gruelling work, I undertook a Masters course in Theology at the Australian Catholic University, Melbourne, Australia. Graduation in M.Theol. coincided with the beginning of retirement. A course research paper on the Herod Narrative in the Jewish War by Josephus dramatically turned my life around. I'll explain how.

While close reading the Herod Narrative, with my previous acquaintance with Roman literature, I discovered that Josephus had carefully incorporated all the literary conventions of a five-Act tragedy in Seneca's Hercules Furens. That gained for me a high distinction and an invitation to research into the whole of the Jewish War for a Ph.D. That was the year 2000.

I began carefully reading the Jewish War as a history and where it fitted in the spectrum of classical histories. I found that Josephus fell closer to Herodotus than to Thucydides. I also noticed that the Senecan tragedy conventions were also present in the Jewish War side by side with the history. That indeed was an extension of the paper on the Herod Narrative.

The evidence of two texts in one work by Josephus was my discovery. I named it 'Genres Disjunction'. The term explained that it was an example of Quintilian's structual irony. It also clarified that Josephus hid his deep hatred of the Flavian Romans, his benefactors, and secretly asserted his loyalty to the Jewish nation. He made the Flavians the heroes of the history and villains of the tragedy as he changed the Jewish nation from villains of the history into hero-victims of the tragedy.

This is where my life began to change. I was baptized a Roman Catholic and lived a devout life of a Catholic until my reserch began. My curiosity took me from Josephus to the four Evangelists. I found to my utter disbelief that they too had 'Genres Disjunction' in their Gospels. All the Evangelists had the Gospel as the foreground text, but added other texts in the background. Mark had the classical history modeled on Livy's History of Rome. Matthew took Dionysius of Halicarnassus for his. Luke chose the Jewish War of Josephus for his background text and John had Herodotus for his second text.

The more I studied the Gospels the more shocks were in store for me. I found that Mark had a second background text of monomyths in the public life and the passion of Christ. Matthew had the same including the Infancy Narrative. Luke followed Matthew and Mark with three monomyths. Luke also supplied the missing phases in Mark and Matthew.

It was evident for me that what I had considered as genuine and truthful Catholic Christian Faith all my life, was pure myth, That there was nothing factual in the Gospels but fictional and fictitious. I began wondering why the Evangelists wrote the Gospels. Was it to deceive the early converts for the fun of it? Was there a grave reason for them to go to such lengths?

I guessed that Paul gave them the reason, particularly because Luke, Paul's companion, was part of the group of disillusioned early Christians. I analyzed Paul's five personal letters and found that he was seriously afflicted with schizophrenia. He claimed visions and revelations where they were the brilliant flashes of his madness and mental instability.

I also found that Paul and his Gentile Christians deceptively framed Peter and his Judaic faction as the arsonists of the Great Fire at Rome in A.D. 64. With James murdered at Jerusalem in A.D. 63 and Peter killed in Nero's persecution from October to December of A.D. 64, Paul was able to take control of the Church and shape it as he liked.

The Church that Paul built was the tyrannical and corrupt organization that the Evangelists resented and rejected in their Gospels. Ironically, we in the twenty first century find the Gospels are relevant for their criticism of the official Church which the Gospel writers tore apart.

My academic research into the Early Christian Studies has proven beyond doubt that my Catholic Christian Faith cannot be based on the Catholic dogmas and the Christ of Faith, but must urgently shift to the teachings and parables of Jesus of history. Those who read my seven books will doubtless come to the same concluions as I have. 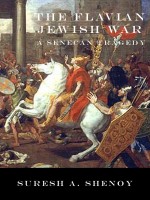 You have subscribed to alerts for Suresh Shenoy.

You have been added to Suresh Shenoy's favorite list.

You can also sign-up to receive email notifications whenever Suresh Shenoy releases a new book.