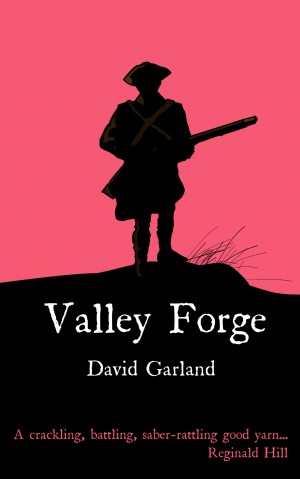 Working as a spy for the British, Skoyles gets inside the American camp and courts all kinds of dangers. His spirits are lifted when Elizabeth joins him in Philadelphia but another new arrival is less welcome. Major Harry Featherstone is the man from whom Skoyles took Elizabeth. Bent on revenge, the major contrives to have Skoyles arrested on a charge of treason and he languishes in prison to await a court martial. The only way that Skoyles can escape is to rely on help from the enemy. In a tense climax, he is confronted with the biggest decision of his life.

Valley Forge is a compelling study of some of the darker aspects of war when loyalties become blurred and when individuals put private grievances before their duty to their country. The book is a brilliant sequel to David Garland’s Saratoga.

Price: $2.99 USD
Buy Add to Library Give as a Gift
How gifting works
Create Widget

You have subscribed to alerts for David Garland.

You have been added to David Garland's favorite list.

You can also sign-up to receive email notifications whenever David Garland releases a new book.