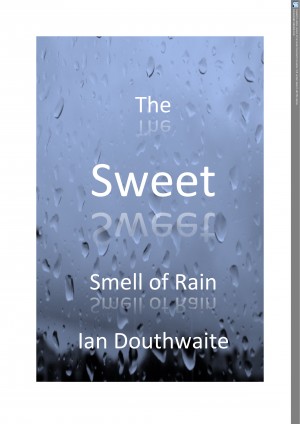 The Sweet Smell of Rain

By Ian Douthwaite
Rated 5.00/5 based on 1 reviews
Ever had a bad day at the office? Of course you have! Fortunately for most of us, things look up when we leave work behind. However, the enigmatic Detective Sgt Jim Hodder has turned failure, controversy and infamy into an art form. Through a series of humorously, dramatic episodes, he excels at wrestling failure from the jaws of success with increasingly damaging and far reaching consequences. More
Present day Tyneside and Northumberland provide the setting for ‘The Sweet Smell of Rain’ the début novel by former Detective Ian Douthwaite. We follow the daily exploits of Detective Sergeant Jim Hodder, a man who is battle-weary, downtrodden and careworn, and whose countless shortcomings lead him into an endless cycle of confrontations with criminals, victims, colleagues and indeed, the world in general. A man nearing the end of his service, he is not so much resistant to change, just tired by it. Hodder has seen the wheel re-invented so many times, that the pedestrian pace of life that the was planning for his impending retirement seems positively appealing. However, due to his inability to turn a blind eye, an uncontrollable urge to act impulsively whilst trying to appear to be in control of any situation, he sets a precedence at digging deeper, darker holes from which he has to extricate himself with unremitting regularity.When we first meet Hodder he is interviewing Dean Parks, a low level thorn in the side, who is in custody for a serious sexual assault. Hodder erroneously thinks that the case is a mere ‘stroll in the park’ and that matters will be wrapped up in no time. However, Parks would prove to be quite a formidable opponent showing himself to be manipulative, cunning and more than just a little bit evil. Furthermore, Hodder did not factor in the influence of Parks’solicitor the tweed clad, whisky swilling Francis Randall-Ord, a man with many ‘connections’, not all of whom would meet with the approval of the Law Society. However, as with all things Hodder, things rarely go smoothly, and against orders, he is soon very deeply immersed in an investigation that may have serious consequences not only for himself, but also for those closest to him. Throw into this mix the internal politics of a busy C.I.D. office, a boss who is constantly on his back, a crumbling marriage and two opposing Crime Lords, both of whom want Parks for different reasons. To this potent brew, add backstabbing, double dealing with more than a hint of corruption. And all this before Hodder even leaves the office! ‘The Sweet Smell of Rain’ is written with a gritty realism and a darkly dramatic but understated humour. Featuring some of the regions’ most iconic landmarks, the story is populated with numerous memorable characters and situations. Hodder’s North East is not one you are likely to find in any guide book.. However, one question remains: ‘ Is this another situation that a Police Officer can’t make any worse’?

I was born sometime during the last century and I confidently predict that I will die sometime during this century. I have lived and worked in and around Tyneside and Northumberland for most of my life. However, despite being reasonably well travelled, I have always retained the urge to return to the place that I call home. This however, is not because of some deeply held nostalgic allegiance to the region, it is primarily because it’s just where I happen to live. I spent most of my working life as a Police Officer, the majority of my service being with the Criminal Investigation Department where in my modest opinion the laughs were better and the suits were sharper. Such was my enduring impression upon the Police Service and the Criminal Justice System in general , that when a serious injury caused my premature retirement colleagues, criminals and leading counsel were collectively heard to say ‘ Ian who’?

Following my departure from the Police Service, and in order to sustain life and limb (well, those limbs that were still functioning), I established an independent Legal Consultancy, which offered a variety of services to the financial and insurance sectors. This was so ‘Rock and Roll’ that at about the same time I established a music promotion company which fortunately is still trading today unlike, may I say, many of the financial institutions that used to employ my services. However, as much as I would like to, I cannot take any personal credit for increased unemployment figures amongst overpaid banking executives, or for that matter, the large number of modestly priced ‘Mercs’ and BMW’s that have flooded the used car market since. As the economic crisis deepened, I was obliged to seek my fortune elsewhere and for a number of years I worked as an Investigator for Trading Standards and as a Prosecutor for a blue chip company.

I now concentrate solely on music promotion, writing and taking therapeutic walks with my Agent. Fame as ever, has continued to elude me and It may not come as a complete surprise for you to learn that I am still seeking my fortune. I do however, remain blindly optimistic. On a personal note I feel compelled to reveal that I am in a long standing relationship with my current Literary Agent, and my favourite photograph of him appears above.

You have subscribed to alerts for Ian Douthwaite.

You have been added to Ian Douthwaite's favorite list.

You can also sign-up to receive email notifications whenever Ian Douthwaite releases a new book.