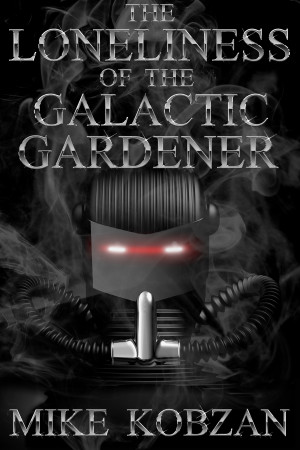 The Loneliness Of The Galactic Gardener

By Mike Kobzan
Earth’s first ever interstellar battle cruiser, The Viscount Nelson, finds a mysterious cloud like entity imprisoned on a captured enemy Jadra space station that uses its extraordinary powers to heal Dr Denise Hearst, one of the ship’s scientists, after she is fatally wounded in the fighting. It also offers information that is key to defeating the Jadra. The Nelson returns to earth where, due to t More
The representative of an interstellar federation of alien civilizations called the Galactic Patronage arrives one day in a huge spaceship on present day Earth. He comes to warn us that within a few decades the Jadra, an extremely hostile war like species, will reach Earth and exterminate all life on the planet. He then puts forward a proposition, membership in the Galactic Patronage and advanced technology in exchange for Earth's support fighting the Jadra. A huge technological revolution follows as Earth uses this new technology to develop a fleet of interstellar battleships capable of facing off the Jadra. The first of these ships, the Viscount Nelson, sets off on its first interstellar mission to a system hundreds of light years away. During the mission the crew discovers information that could lead to the defeat of the Jadra. Arriving back home the crew finds that one hundred and twenty years have gone by due to the effects of time dilation. Society has changed, longevity medication has expanded life expectancy dramatically. Humans now live and work in space stations, have colonized other planets in the solar system and have started expanding through the galaxy. But the crew also finds that Earth is now governed by a corrupt oligarchy that uses any means to ruthlessly protect its privileges and its power. And one of them is to ignore anything that might end the war against the Jadra.

UK ex-patriot living and working in Berlin, Germany as a freelance Industrial designer, engineer and writer. Married, two children. Special interests are long distant cycling and motorcycle tours through Europe and writing about my experiences.

You have subscribed to alerts for Mike Kobzan.

You have been added to Mike Kobzan's favorite list.

You can also sign-up to receive email notifications whenever Mike Kobzan releases a new book.