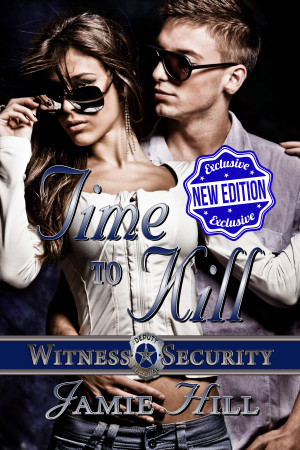 Review for Witness Security Book 1 - Pieces of the Past
Christine Scott's husband's been stupid. Criminally stupid. More to the point, he's made their children targets. She's done all she can to protect them, new lives, new identities, complete cooperation with the witness security program and its agents. But none of that was good enough. Now Agent Doug Jackson is their only hope. Suspense at its best! G.R. Branan, Amazon Reader

“Ms. Hill has the gift of knowing what the reader wants and then hitting you with an ending you certainly don’t expect. Two thumbs up!” ~ Val, You Gotta Read Reviews

Jamie Gerry filled up one notebook after another writing as a young adult. She picked up the craft again years later, tapping on the computer late at night after putting her children to bed. First published in 2005, she wrote thirteen novels and several short stories under her name at the time, Jamie Hill.

Widowed and later remarried, with thanks to God and her second husband, Jamie was born again and became a Christian. Since then she has gone back through her mainstream novels and revised them to align with her faith. Recently she ventured into the realm of Christian fiction, with the hope of continuing her passion in a way that will be both edifying and pleasing to God.
Jamie lives in the Midwest with her husband Tim and their two Shih tzus, Bella and Gracie. When she's not writing she enjoys attending a women's bible study and hosting a couple's study with her husband. She also has fun helping Tim fly radio controlled airplanes, and letting her dogs take her for twice daily walks. (They're much more disciplined to exercise than she is!)
Website: http://www.jamiegerry.com/

About the Series: Witness Security

The lives and loves of US Marshals working in Topeka, Kansas.

Time to Kill: US Marshal Jordan Burke is happy for her partner when he takes a month off for paternity leave, but she's not happy about her substitute partner. Nick Pierce worked for the Topeka Witsec office years ago and left under less than the best of circumstances. When he’s asked to fill in he hesitates, but curiosity about Jordan makes him accept the job.

Pieces of the Past: The past is closing in on Christine Scott. Uprooted from her pleasant life in Chicago, she and her two children are thrust into the Witness Security Program when the mistakes of her husband catch up with him. He lands in prison, while she and the kids are transplanted to a quiet Kansas town.

You have subscribed to alerts for Jamie Hill.

You have been added to Jamie Hill's favorite list.

You can also sign-up to receive email notifications whenever Jamie Hill releases a new book.