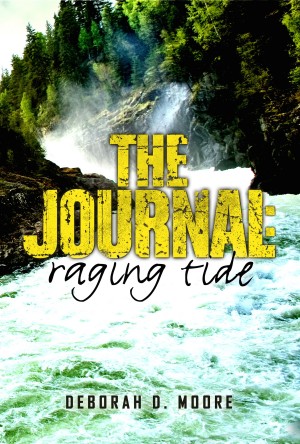 By Deborah D. Moore
After half of the town of Moose Creek died during another flu outbreak, Allexa Smeth was a lost soul. With Colonel James Andrews, she decided to set out to find the rift that broke the Upper Peninsula in half. Finding the colonel’s men was a priority, but they didn’t know it would mean getting into more than they bargained for–and possibly more than they could handle. More
The world was shaking apart and the North American continent was at the heart of it. An earthquake ripped the country in half at the New Madrid fault line. Shipping ceased and sent the country into a tailspin, with the small towns like Moose Creek suffering the most. Recovery came slow as the country pulled itself together, until another more terrifying quake hit, awakening the sleeping caldera beneath Yellowstone. The ash that circled the world disrupted weather patterns everywhere, blotting out the sun and stirring up massive storms.

About the Series: The Journal

The world is shaking apart, who will survive and how?

Also in Series: The Journal

Reviews of The Journal: Raging Tide (The Journal Book 4) by Deborah D. Moore

You have subscribed to alerts for Deborah D. Moore.

You have been added to Deborah D. Moore's favorite list.

You can also sign-up to receive email notifications whenever Deborah D. Moore releases a new book.