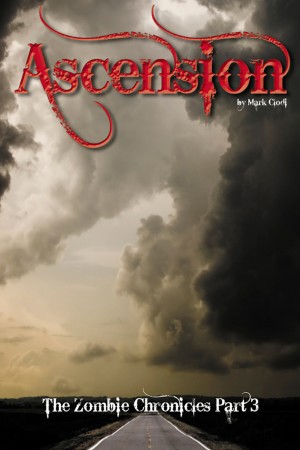 Mark Clodi (born March 30th, 1969) is the author of many zombie apocalypse novels and short stories. At an early age Mark was hooked on fantasy and the pulp fiction of the 'Golden Age of Science Fiction'. While moving around the mid-west with his parents he continued to feed his frenzied reading by buying fiction at yard sales and utilizing the local libraries. The thought of actually becoming a writer struck him at an early age, but he never followed through on his dream until he was much older and well established in his chosen career as a computer programmer. His writing started one day while trading emails back and forth with Mike Keleman, the co-author of his first book. They started assigning chapter numbers to the emails and the rest, as they say, is history.
He lives in a small town smack-dab in the middle of Iowa (U.S.A.) tinkering with story ideas, knocking back the occasional rum and pondering his life choices.

Also in Series: The Zombie Chronicles

Another good chapter to the story. It kept me intrigued the entire time. I will tune in for the next chapter.

You have subscribed to alerts for Mark Clodi.

You have been added to Mark Clodi's favorite list.

You can also sign-up to receive email notifications whenever Mark Clodi releases a new book.