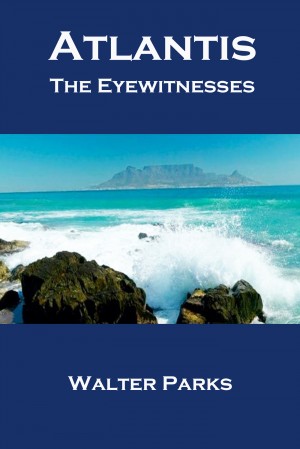 By Walter Parks
Rated 5.00/5 based on 1 reviews
Many believe that Atlantis was a myth created by Plato. Well Plato the Greek was not the first to write about it.

We have found a very much earlier document. It was written in 9619 BC, about 9,250 years before Plato’s writing.

We have found a very much earlier document. It was written in 9619 BC, about 9,250 years before Plato’s writing.

This ancient document is believed to be the oldest document that has survived almost intact down through the ages.

We structure the evidence in 3 groupings: when and how was Atlantis created; how, when and why Atlantis was destroyed; and further proof in terms of its location, ruins and its legacy.

Read and you will learn how and why the civilization of Atlantis was the basic foundation of the great Sumerian, Egyptian, Creek, and Roman civilizations that followed.

Atlantis was the foundation of all we are and all we know.

Read and you will become convinced.

Hi! Thanks so much for your interest in my books!
My principal interests are true stories of the unusual or of the previously Unknown or unexplained. I have occasionally also written some fiction.
I was born in Memphis Tennessee and grew up in Saltillo Mississippi, a small town near Tupelo Mississippi. High School life was dominated by watching the rise of our local Elvis. I was editor of the High School Paper and had plenty to write about. I guess this was the beginning of my writing career.
After graduating from Mississippi State University as an aerospace engineer I moved to Orlando Florida and worked for Lockheed Martin for 24 years. I advanced from an aerospace engineer to a Vice President of the Company and President of the Tactical Weapons Systems Division.
Education Activities
I continued my education throughout my career with a MBA degree from Rollins College and with Post Graduate Studies in Astrophysics at UCLA; Laser Physics at the University of Michigan; Computer Science at the University of Miami; Gas Dynamics at MMC and Finance and Accounting at the Wharton School, University of Pennsylvania.
While at Mississippi State University I was on the President’s Honor List and in the honor societies of Tau Beta Pi, Sigma Gamma Tau and Blue Key.
I received a scholarship from Delta Air Lines based on my academics and performance.
I was in ROTC and the Arnold Air Society where I participated and toured as a member of the precision Drill Team. I also attended the summer survival training at Hamilton Air Force Base in California.
I was selected for Who’s Who among Students in American Universities and Colleges.
I was a speaker for several technical organizations including the American Institute of Aeronautics and Astronautics.
After Retirement from Lockheed Martin Aerospace Company
After retirement from Lockheed I formed Parks-Jaggers Aerospace Company and sold it 4 years later.
After selling my aerospace company I formed Quest Studios, Quest Entertainment and Rosebud Entertainment to make films at Universal Studios. I produced 10 films, directed 7 films and wrote 5 film scripts produced at Universal Studios.
I won the National Association of Theater Owners Show South Producer of Tomorrow Award.
I then formed UnknownTruths Publishing Company to publish true stories of the unusual or of the previously Unknown or unexplained. These include books about past events so unbelievable that most people have relegated them to "myths".
I have published 32 books with 30 in eBook format, 23 in Paperback format and 25 as Audio Books. I have an additional 12 books in development.

Whether Atlantis existed or not, Parks is convincing that it could be real with his thorough scientific and literary research on the subject. I'm not convinced whether it was mythological or not. If it did exist, a tsumani overtaking the island could have caused it to "sink into the ocean". Seems more likely that falling out of favor with the gods.

You have subscribed to alerts for Walter Parks.