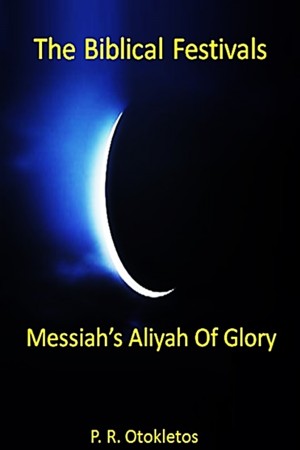 The author Andrew A. Cullen has been writing under the pen name of P. R. Otokletos since 2004 when he began writing/blogging Messianic Jewish/Hebraic Roots commentaries across a broad range of topics.

Responsive to G_D's amazing gift of redemption ... the author is now part of an emerging movement of believing Jews as well as former Christians recapturing the Hebraic roots of the Messianic faith. A movement that openly receives not just the redemptive grace of the Gospel but also the transformational lifestyle that comes with joyful pursuit of G_D's Sacred Torah … just as it was in the first century Ce for the original followers of Messiah.

Despite a successful career in politics and business, the author is now driven first and foremost by a desire to understand as best as possible the great G_D of Israel ... his Messiah Jesus (Yeshua in Hebrew/Aramaic) and the plan for the restoration of creation. To this end the author has been led over the years to study the Hebrew and Greek Holy Scriptures, in a Hebraic context in order to get past the delusions of "this temporal world" and the mainline religions … to get at the truth!

There is indeed a veil of ignorance that thickens all around us and is keeping us from our destiny … from our restoration. Like others who can see past this shroud, the author labors for no other reason than to give G_D the glory he is due! Ultimately it is all about G_D and Messiah Yeshua in whom all authority has been vested!

The author hosts a web-site " http://pr.otokletos.org/ where numerous Messianic Hebraic materials are provided free of charge.

You have subscribed to alerts for P. R. Otokletos.

You have been added to P. R. Otokletos's favorite list.

You can also sign-up to receive email notifications whenever P. R. Otokletos releases a new book.