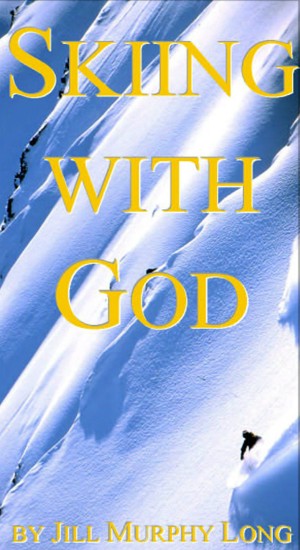 By Jill Murphy Long
In Heaven, there are 8,143 ski resorts.
Ski enthusiast Joy heard rumors Heaven offered every type of skiing ever imagined and after skiing with God—that’s her job now, she knows these tales to be true.

Part Zen, part Catholic, part fantasy, and part true, Skiing With God will keep skiing and its memories alive—especially when winter is months away or where snow is many miles down the road. More
In Heaven, there are 8,143 ski resorts.

Ski enthusiast Joy Fleur heard rumors that Heaven offered every type of skiing ever dreamed of by its devotees: incredibly vertical terrain, VW-sized moguls, and open aspen glades. Nirvana also delivered a personal preference of weather choice every day—like brilliant blue skies, springtime sunshine, or “champagne powder”. Joy now knows these rumors to be true because she has skied all of these wintry playgrounds with God.

Skiing with God is her new day job because He had lost His enthusiasm for this fantastic sport that He created. He couldn’t find His passion on Silver Bullet Hill, at Mogul Haven, or in Nature’s Park—all perfect places for God to remember why He used to love to carve, bump, jump, and jib. However, His pre-occupation with the storms of pollution and hatred down on Earth made God a bit peevish, tired, and forgetful of what ‘pure joy’ could be—even though He also created this emotion.

Depending upon His (or Her mood) in the morning, His Holiness changed personas and ages to try and find the fun in skiing, once again. For example on the very first day, God appeared as the leader of the cavalry, dressed as a character as many skiers do at Opening Day Resort. It’s tradition.

Another time, God wore all pink, a kind of defiant, bubble gum color for a Grandma or “Glamma” as She told Joy the mature, wise women on Earth liked to be called now. Joy spent the day with a nine-year-old boy (a.k.a. God) who just wanted to run the icy bobsled track called the Death Trough and then skied with a teenaged girl that called Herself the “Hucker Queen” due to Her inclination to jump off two-hundred-fifty foot cliffs.

Jill Murphy Long is the author of novels and a non-fiction book series. She also writes screenplays and teaches creative writing. Since 2005, she has been a book editor and advocate for dozens of other writers to publish their books.

Prior to writing books, she worked in advertising as a creative director and copywriter for several LA agencies before opening her own: The Ad Group and Murphy & Watt Advertising.

Her first best-selling book, Permission to Nap, Taking Time to Restore Your Spirit received the Excellence Award, a distinguished recognition presented by the Chicago Book Clinic and the 2003 Benjamin Franklin Award by the Publishers Marketing Association.

The author has appeared on CBS and Fox television stations and has been a guest on other stations throughout North America. Interviewed by NPR and other major metro radio stations, she has also been hired as a keynote speaker at symposiums, conferences, universities, libraries, and spa resorts including The Golden Door, Canyon Ranch, and Red Mountain Adventure Spa & Resort.

Her books have been sold in gift catalogs and at their websites such as: Isabella, Femail Creations, Paragon, Victorian Trading Company, and Jessica’s Biscuits.

When she is not writing, she’s making a movie, skiing, or cycling.

To book this author for your next creative engagement, please email: jillmurphylong@gmail.com 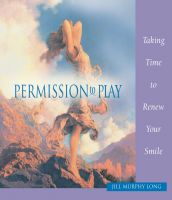 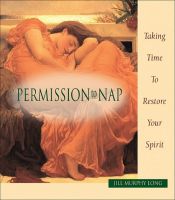 Reviews of Skiing With God by Jill Murphy Long

You have subscribed to Smashwords Alerts new release notifications for Jill Murphy Long.

You have been added to Jill Murphy Long's favorite list.

You can also sign-up to receive email notifications whenever Jill Murphy Long releases a new book.