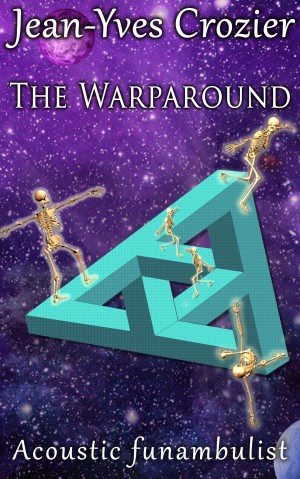 By Jean-Yves Crozier
Harmonizing his stream to the tune of life, Acoustic Funambulist travels on time throughout the galaxies in a progression of unlikely encounters.

Subjected to an environment that defies the logic of time and space, the acrobat like some poor creature in a wheel, struggles to advance in this fifteenth episode. More
Harmonizing his stream to the tune of life, Acoustic Funambulist travels on time throughout the galaxies in a progression of unlikely encounters.

In this everlasting voyage of melodious inclination, the aerialist carries the tune in the face of the most off-key situations.

Subjected to an environment that defies the logic of time and space, the acrobat like some poor creature in a wheel, struggles to advance in this fifteenth episode.

About the Series: Acoustic Funambulist

A series of philosophical, humorous, cosmic short stories about keeping balance in life's challenges and questions, thought-provoking, poetic and profound!