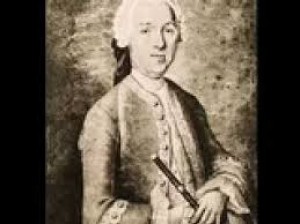 Eric Kinsley is a performing artist, writer, and educator living in the Los Angeles area after having resided in New York pursuing his Doctorate degree at the Manhattan School of Music under the monitorship of Dr. Kenneth Cooper. He has been a member of the New York contemporary Music Band, Pacific Classical Winds, and the Manhattan Chamber Orchestra. He has received grants in early and contemporary music from The NEA, New York Harpsichord Society, and the Sylvia Marlow Foundation.

He performed and recorded at the Discoteca Di Stato in Rome. In addition he has broadcast on Public Radio and television. He has worked with and performed premieres of the music of John Cage, Milton Babbit, Morton Feldman, Steve Reich, Miguel del Aguilla, Andrea Tabacchi, and Steven Mosko. He has also recently finished a book to be published by the Edwin Mellen Press, London and New York. 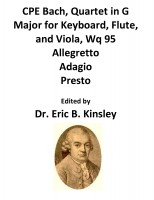 You have subscribed to alerts for Dr. Eric Kinsley.

You have been added to Dr. Eric Kinsley's favorite list.

You can also sign-up to receive email notifications whenever Dr. Eric Kinsley releases a new book.