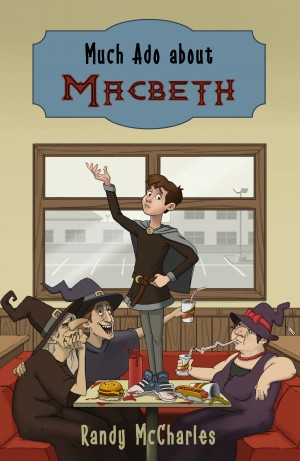 Much Ado about Macbeth

By Randy McCharles
Theatre has but one rule and one rule only: the show must go on. More
When drama teacher Paul Samson decides to put on a High School production of Macbeth, he forgets that it isn’t just The Scottish Play, it is The Cursed Play. And Paul soon learns just how cursed. After grappling with his principal, the PTA, his family, and his students, he must contend with witches, ghosts, and skeletons from his past.

RANDY MCCHARLES is a full-time author of speculative and crime fiction.

He is the recipient of several Aurora Awards (Canada's most prestigious award for speculative fiction) and in 2013 his short story Ghost-B-Gone Incorporated won the House of Anansi 7-day Ghost Story Contest.

In addition to writing, Randy organizes various events including the award-winning When Words Collide Festival for Readers and Writers.

Reviews of Much Ado about Macbeth by Randy McCharles

You have subscribed to alerts for Randy McCharles.

You have been added to Randy McCharles's favorite list.

You can also sign-up to receive email notifications whenever Randy McCharles releases a new book.