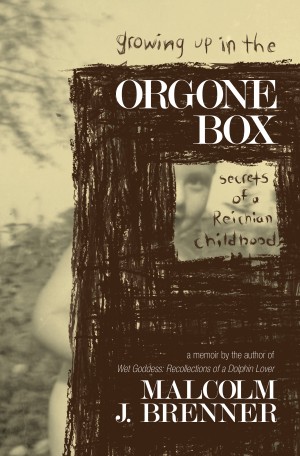 Growing Up In The Orgone Box: Secrets of a Reichian Childhood

Rated 5.00/5 based on 2 reviews
A memoir. As a boy growing up in the 1950's and '60's, author Malcolm J. Brenner undergoes Wilhelm Reich's "orgone therapy" at the hands of a sadistic psychiatrist and struggles with a dysfunctional family. More
Nowhere to hide! Wilhelm Reich was the 20th Century's maddest scientist, the godfather of the Sexual Revolution and the discoverer of "orgone energy." As a child of five, author Malcolm J. Brenner is sent to Dr. Albert Duvall, a sadistic "orgone therapist" and one of Reich's closest associates. Neither Reich nor Malcolm's parents suspect what ends up happening behind the locked door of Duvall's soundproof office. Frightening, funny, touching and raunchy, "Growing Up In The Orgone Box" is the true story of a small boy trying to cope with a slowly crumbling family and a world – he's told – that would never understand.
Available ebook formats: epub mobi pdf rtf lrf pdb txt html
First 15% Sample: epub mobi (Kindle) lrf more Online Reader
pdb
Price: $6.99 USD
Buy Add to Library Give as a Gift
How gifting works
Create Widget
Tags: childhood psychiatry childhood abuse orgone therapy zoophilia orgone box family abuse reichian therapy 1950s and 1960s
About Malcolm J. Brenner

Malcolm J. Brenner was born in New Jersey in 1951. He attended public and private schools there and in Pennsylvania before entering New College of Florida in 1969, where some of the events on which "Wet Goddess" is based took place.

Brenner has worked many jobs, including wilderness tour guide, photo lab owner and public relations officer. During the 1990’s he covered the Navajo Nation and Zuni Pueblo as a reporter for border town newspapers in New Mexico. His hard-hitting investigative reporting, news photos and satirical columns won several regional awards.

Now a freelance writer and photographer, Brenner lives in Port Charlotte, Florida. He recently published "Mel-Khyor: An Interstellar Affair," a science-fiction novel about a woman's protracted experience with a crashed alien and its effects on her later life. 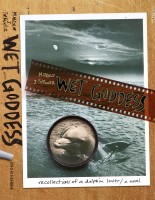 Reviews of Growing Up In The Orgone Box: Secrets of a Reichian Childhood by Malcolm J. Brenner

Reading this book has inspired me to "live well". I also come from a home very similar to Mr. Brenner's, verbally abused as well as being molested. So thank you Mr. Brenner for sharing these traumatic events in your life. I hope others who were molested find your book as helpful as it did me.

An insightful, sometimes disturbing read on the "orgone therapy" pseudoscience and the abuse of power by some of its practitioners. Brenner's experience shows the darker side of 1950s Americana.

You have subscribed to alerts for Malcolm J. Brenner.

You have been added to Malcolm J. Brenner's favorite list.

You can also sign-up to receive email notifications whenever Malcolm J. Brenner releases a new book.