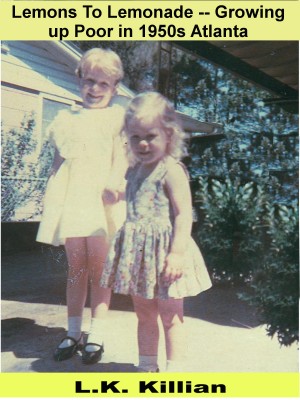 Lemons To Lemonade -- Growing up Poor in 1950s Atlanta

I think a lot of us have a book in our hearts and heads that keeps us company and wants to be written.

When I retired, instead of buying a new car I took a trip to Rome. While there, Emperor Hadrian’s name came up at the Pantheon. This temple to the gods had been built around the first century, and burned twice, but he had his architects rebuild it. I had previously visited Hadrian’s Wall in 2002.

It was as if Roman Emperor Hadrian took over the English romance novel I had planned and made it his own. But I’m not complaining. This novel has been a joy to write. I hope everyone who reads it enjoys it.

I could never have done this without the help of everyone at Writers Village University -WVU.com. I began by completing the F2K class twice, which is free. Another great help to those of us who wish to complete a draft of our novel is NANOWRIMO.COM.

I would be happy to give anyone encouragement if you want to write your own novel.

You have subscribed to alerts for L. K. Killian.

You have been added to L. K. Killian's favorite list.

You can also sign-up to receive email notifications whenever L. K. Killian releases a new book.