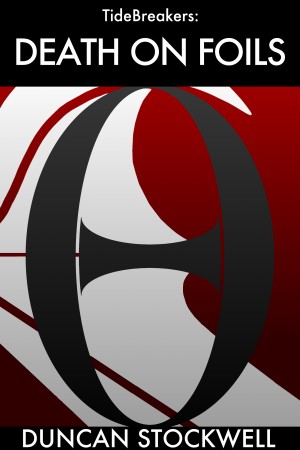 By Duncan Stockwell
A TideBreakers short story: A reviewer for DiveWings magazine finds himself tangled in the aftermath of a bizarre crime. More
A self-contained short story in the TideBreakers universe: Neil Ramsgate is set to review a sub for DiveWings magazine, but circumstances beyond his control mean that his morning goes from bad to worse. Before long, Neil finds himself unwittingly embroiled in the aftermath of one of the most bizarre crimes to have occurred in The Marino Bowl; an attack by the dancing vigilante 'The Lindy-Hopper'.
Download: epub mobi (Kindle) pdf more Online Reader
rtf lrf pdb txt
Price: Free! USD
Add to Library
Create Widget
Tags: comedy submarine mercenary comedy action adventure mercenary military science fiction comedy about mobsters mercenary adventure submarine travel
About Duncan Stockwell

The seas rage with pirates and mercenaries as flood-waters take over the world. Vicious squads of fighter subs and colossal battle-rigs tear apart the tatters of coastal nations. Every day new wars erupt over territory as international boundaries crumble into the encroaching ocean. Hunters lurk in amongst the shadows of flooded cities, preying on trade convoys and raiding the communities that eek out a living on the coasts.

In towns and aq-habs the world over, there are pilots looking for crews to join and money to earn. Every company operating offer assignments to the first taker in a bid to keep costs down. Race circuits with death or glory stakes have been set for anyone who dares to compete.

You must take advantage of everything this world deals you. Whilst some crews try desperately to keep the peace, others wring as much profit as they can from the conflict. Which tide will you take, and which will you break?

Reviews of TideBreakers: Death On Foils by Duncan Stockwell