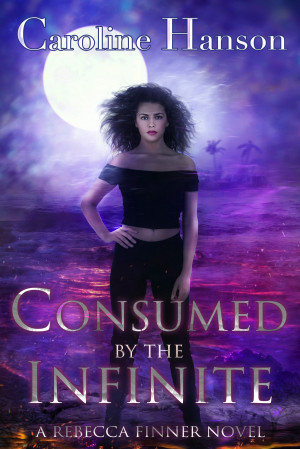 Consumed by the Infinite

By Caroline Hanson
Consumed by the Infinite is the second book in the new vampire series from Caroline Hanson. More
Rebecca Finner was desperate to know her past. But it might just get her killed.

On a distant island deep in the Pacific ocean lives a race of vampires who call themselves the Infinite. They are cruel, beautiful and immortal.

As a human, Rebecca knows first-hand how evil and villainous the Infinite can be. And yet, she can’t help but be fascinated by Lord Leander Marchant. Even though he’s an Infinite, he saved her life as a child and he isn’t like the others.

But now Lord Marchant is in danger. His friends and enemies are plotting against him, desperate to leave their island prison. As Leander’s enemies close in, Rebecca must risk everything to save the monster she’s always loved.

This is the second book in bestselling author Caroline Hanson's newest series. With villains masquerading as hero's and dark twists around every corner, it's no surprise that Caroline's books have sold over 150,000 copies worldwide.

Please note this book has been revamped with a new cover and title by the publisher.

Caroline Hanson grew up in California and moved to London in order to dance and go to pubs. Eventually, she matured enough to marry and imported an Englishman, returning to the United States.
After passing the bar, she had two children and now tries to parent, read, write and play tennis. She's heard rumors that other mothers clean and cook but is putting in serious effort to make sure those rumors don't reach her family.

She is also the proud owner of a WWJD t-shirt, (What Would Joss do?) which she hopes is apparent in her books.

She loves to hear from fans! 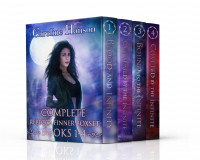 You have subscribed to alerts for Caroline Hanson.

You have been added to Caroline Hanson's favorite list.

You can also sign-up to receive email notifications whenever Caroline Hanson releases a new book.