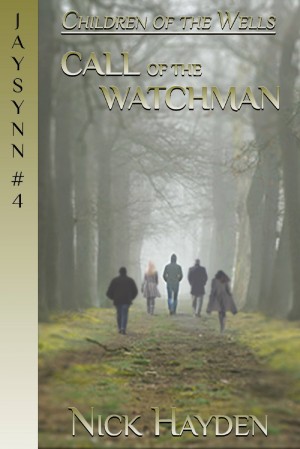 Call of the Watchman

Nick Hayden has never known exactly what to write in his author’s bio, but he’s willing to try.

Nick is married to his lovely wife Natasha, he is father to his wonderful son Fyodor. (No, we are not Russian.)

Without a doubt, he has to write. He truly believes that fiction is a lie that tells the truth. That is why he writes, and that is why he loves fiction.

Nick believes in the redemptive sacrifice of Jesus Christ and believes that Jesus is the truth. This may very well show up in his writings, but hopefully won’t land like a piano from a third story window.

Above all, Nick hopes that something here will inspire you, entertain you, make you think, or simply make you smile. If not, he supposes he’ll have to keep at it until something does.

About the Series: Children of the Wells - Jaysynn 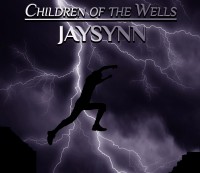 In Thyrion, power is everything.

But not for Jaysynn, the youngest of the Kyzer royal family who rule the city with an iron fist. He alone is unable to manipulate magic, making him an outcast in his own family. However, General Dracon, himself non-Select, sees the prince’s potential and trains him to be a warrior in his own right.

In the wake of the Cataclysm, Jaysynn is the only Kyzer to survive. Ascending to the throne, he is overwhelmed by the weight of the crown and the devastation of his city. What’s worse, he learns of a conspiracy brewing within his own ranks. He may be Emperor in name, but he must prove to the world—and to himself—that he’s worthy of the title.

Magic no longer determines who rules and who serves, but can a young man determined to do both survive in this new, uncertain world?

Keep up on the latest news, short stories, and free ebooks of Jaysynn and his journey at www.childrenofthewells.com.

Also in Series: Children of the Wells - Jaysynn 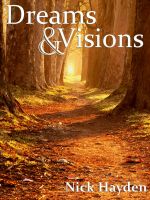 You have subscribed to alerts for Nick Hayden.

You have been added to Nick Hayden's favorite list.

You can also sign-up to receive email notifications whenever Nick Hayden releases a new book.